The delivery, which was made by plane, is likely to escalate tensions with the US after Washington warned this week that there would be "real and negative" consequences if Ankara bought the Russian defence system. 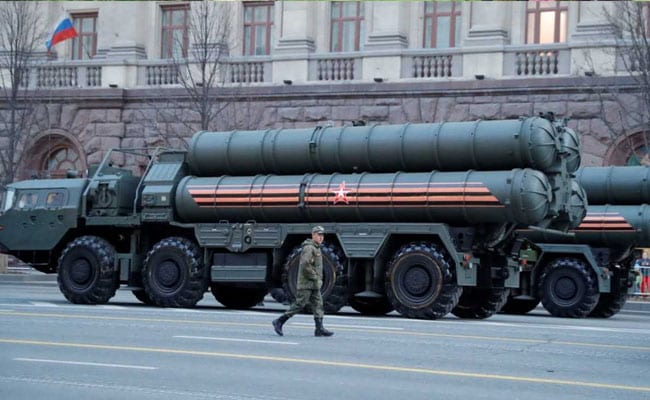 Air defence systems before a rehearsal for the Victory Day parade in Moscow. (Reuters)

Turkey received the first batch of Russia's S-400 missile defence system on Friday, the defence ministry said, despite repeated warnings from its NATO ally United States against the purchase.

"The delivery of the first shipment of parts of the S-400 long range regional air missile defence system began as of July 12, 2019 to Murted air base in Ankara," the ministry said in a statement.

The delivery, which was made by plane, is likely to escalate tensions with the US after Washington warned this week that there would be "real and negative" consequences if Ankara bought the Russian defence system.

The US State Department has said that Turkish officials are fully aware of the Countering America's Adversaries Through Sanctions Act, a law passed by Congress in 2017 that mandates sanctions for any "significant" purchases of weapons from Russia.

Washington has threatened to remove Turkey from its F-35 fighter jet programme, giving Ankara until July 31 to cancel the S-400 purchase or have its pilots kicked off the training course and expelled from the US.

But Turkish President Recep Tayyip Erdogan said after meeting US counterpart Donald Trump last month that he was confident Ankara would not face sanctions for buying the Russian missile system.

Erdogan told Trump during their meeting on the margins of the G-20 meeting in Japan that former president Barack Obama did not allow Ankara to buy Patriot missiles -- an equivalent of the S-400s.

Trump sounded convinced and said: "You can't do business that way. It's not good."

The Turkish air force changed the name of the base in Ankara from Akinci to Murted after it was the centre of a 2016 failed coup attempt.

(Except for the headline, this story has not been edited by NDTV staff and is published from a syndicated feed.)
Comments
TurkeyRussian missilemissile defence system