Nawaz Sharif was sentenced to 10 years rigorous imprisonment in the Avenfield properties case. 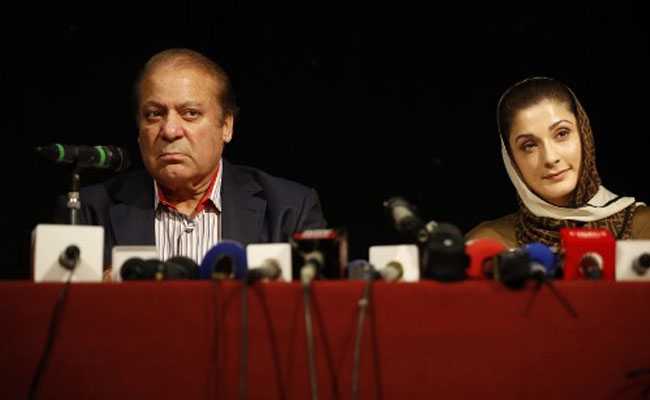 Nawaz Sharif and his daughter Maryam arrested on their arrival in Lahore. (File)

Pakistan's ousted prime minister Nawaz Sharif was today arrested after being sentenced to 10 years in prison last week in one of the three corruption cases against him in the high-profile Panama Papers scandal.

Following is the chronology of the major events leading to his arrest:

April 4, 2016: The International Consortium of Investigative Journalism publishes the Panama Papers, exposing tax evasion by the world's elite through off-shore accounts and shell companies. The documents include the name of the Sharif family.

April 5, 2016: Sharif sets up a judicial committee to investigate the allegations, denies charges.

April 26, 2016: Opposition parties reject the judicial commission set up by the government.

November 7, 2016: PML-N submits Qatari prince's letter to the Supreme Court containing information about the London flats that were at the centre of the Panama Papers scandal.

April 20, 2017: The Supreme Court orders formation of a joint investigation team with a split 3-2 verdict to probe the corruption charges against Sharif.

May 22, 2017: The joint investigation team presents its first bi-weekly report to the Supreme Court.

May 24, 2017: The joint investigation team sends questionnaires to Sharif and his two sons - Hussain and Hassan.

June 13, 2017: The joint investigation team submits report to the Supreme Court on obstructions to its work, blames government institutions for "creating impediments in the collection of evidence".

June 15, 2017: Sharif appears before the joint investigation team for questioning, becoming the first sitting Pakistan prime minister to appear before any investigating agency.

July 7, 2017: Former Qatari premier Sheikh Hamad bin Jassim bin Jaber Al-Thani sends a letter to the joint investigation team, asking it to record his statement at his palace before submitting its final report to the Supreme Court.

August 15, 2017: Sharif files three separate appeals in the Supreme Court to review its verdict in the Panama Papers case that resulted in his disqualification.

September 14, 2017: Sharif and his children summoned by an anti-graft court to appear before it on September 19 in two more corruption cases.

September 15, 2017: The Supreme Court dismisses the review petitions filed by Sharif, his children and Finance Minister Ishaq Dar, challenging his disqualification in the Panama Papers scandal.

September 26, 2017: Sharif for the first time appears before an accountability court to face the corruption charges filed against him by the National Accountability Bureau in the Panama Papers scandal.

October 3, 2017: Sharif re-elected as the president of Pakistan's ruling PML-N party after Parliament passed a controversial bill, paving the way for the ousted prime minister's return to politics.

October 9, 2017: Maryam Nawaz, and her husband get bail in the Panama Papers case.

October 26, 2017: Pakistan court issues warrant for Sharif after he fails to appear.

July 12, 2018: Sharif and Maryam leave from London for Pakistan.

July 13, 2018: Sharif and Maryam arrested on their arrival in Lahore