The Men Who Shot 132 Children at Their School in Pakistan 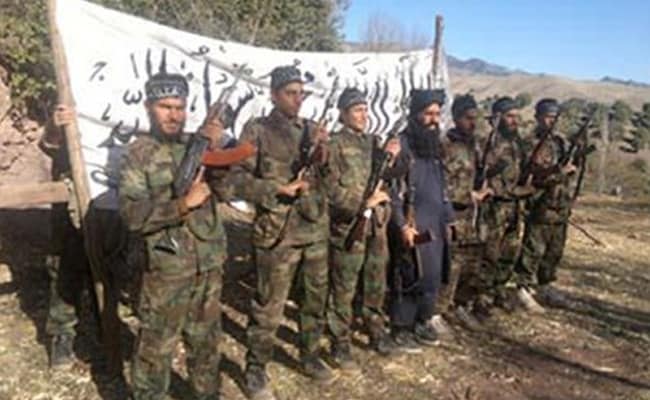 These Pakistani Taliban men attacked the school in Peshawar, Pakistan

Peshawar: This photo released in a statement by the Pakistani Taliban on Wednesday, Dec. 17, 2014 shows the Taliban fighters who stormed a military-run school in Peshawar, Pakistan on Tuesday, killing more than 140 people, most of them children. (Peshawar school massacre: Track Live Updates here)

In an email on Wednesday, the Pakistani Taliban spokesman Mohammad Khurasani claimed the attack was justified because the Pakistani army has allegedly long been killing innocent children and families of their fighters. (Inside the Peshawar School Where Young Children Were Shot)

Analysts say now pressure will mount on politicians and generals who have long been tolerant of militants they counted as strategic assets in their rivalry with India and jostle for influence in Afghanistan. (Nawaz Sharif Announces National Plan to Combat Terrorism)

"There have been national leaders who been apologetic about the Taliban," said Sherry Rehman, a former envoy to Washington and prominent opposition politician. "People will have to stop equivocating and come together in the face of national tragedy." (Will Wage War on Terror Till Not a Single Terrorist Left in Pakistan: Nawaz Sharif)

(Another photo of the men who attacked the school in Peshawar)

Outrage over the killing of so many children is likely to seriously erode sympathy for militants in a country where many people have long been suspicious of the US-led "war on terror", and spur the army to intensify an offensive it launched this year on havens in mountains along the Afghan border.

Pakistan's Taliban, whose nominal unity has frayed this year with the emergence of competing factions, are distinct from the Afghan Taliban. But the groups are linked, and share the goals of toppling their respective governments and setting up a strict Islamist state across the region. (How Pakistan Taliban Became a Deadly Force)

Promoted
Listen to the latest songs, only on JioSaavn.com
Widening the offensive against the Pakistan Taliban could include "hot pursuit" by the military across the porous border into Afghanistan, where many Pakistani militants hide. That could put at risk a recent rapprochement between Islamabad and Kabul.

Pakistan's Dawn newspaper quoted a source as saying that the school attackers were acting on orders from handlers in Afghanistan.