A stream of memes and jokes flooded social media after Germany's 2-0 defeat to South Korea condemned Die Mannschaft to their earliest exit in 80 years. 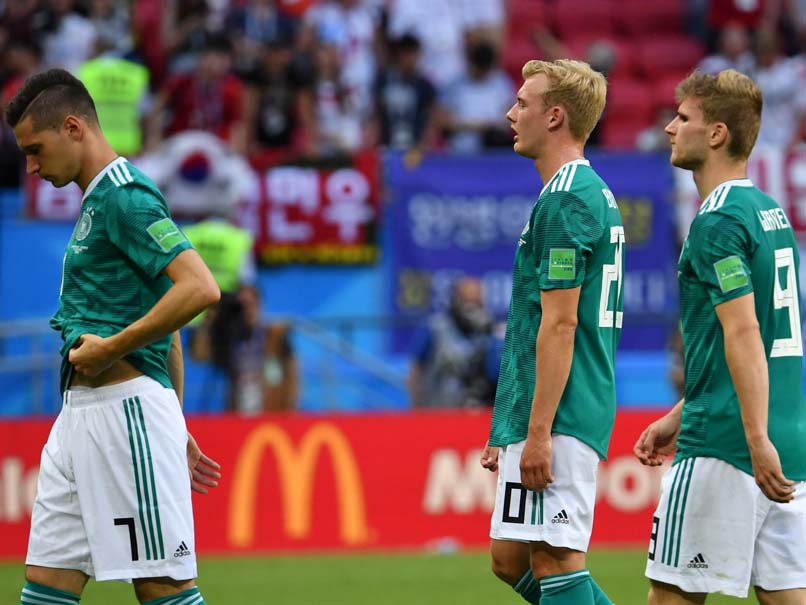 For Germany, it was the earliest exit from the World Cup in 80 years.

A stream of memes and jokes flooded social media after a stunning 2-0 defeat to South Korea condemned Die Mannschaft to their earliest exit in 80 years.

"Don't mention the VAR," was a common refrain, while Brazilian media gleefully took their revenge for Brazil's 7-1 humiliation by Germany at the last World Cup in 2014.

"Germany's fastest exit from Russia since 1943," posted one user, while another tweeted a picture of Germany towels reserving all the seats on an empty plane.

Aeromexico offered a 20 percent discount on flights to South Korea, tweeting an image of a plane with doctored "AeroCorea" livery and the slogan, "We love you Korea!"

One joke in German showed a supermarket check-out assistant asking Loew, "Do you collect points?" with the coach answering, "No."

Meanwhile, England striker-turned-TV-presenter Gary Lineker revised his famous maxim that "Football is a simple game. Twenty-two men chase a ball for 90 minutes and at the end, the Germans always win."

"Twenty-two men chase a ball for 90 minutes and at the end, the Germans no longer always win. Previous version is confined to history."