The Elusive Face Of The Paris "Yellow Vest" Rioters

The "casseurs" (rioters) who smashed up parts of Paris were exploiting the "yellow vests" campaign for their own ends, French Interior Minister said. 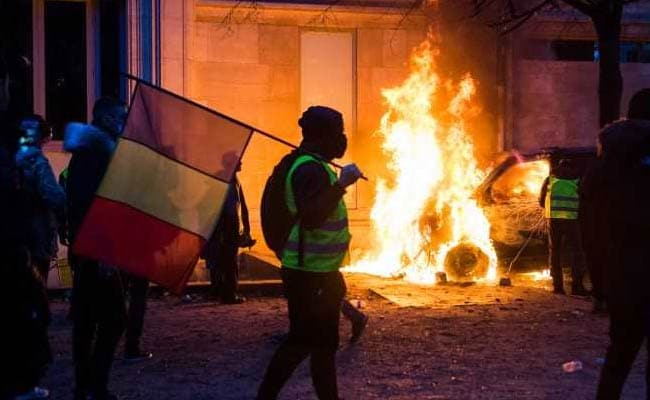 Angry "yellow vest" protesters, hard-core agitators or young delinquents: building a typical profile of the rioters in Paris this weekend is no easy task.

News agency AFP correspondents who talked to demonstrators and observed Saturday's violence found that they did not all come from the same mould.

Interior Minister Christophe Castaner denounced what he called the "professionals of disorder" and destruction who had organised the violence.

The "casseurs" (rioters) who smashed up parts of Paris were exploiting the "yellow vests" campaign for their own ends, he said.

Junior interior minister Laurent Nunez took a similar line, saying the violence had not been carried out by the "yellow vests" but by people dressed in camouflage gear.

"It's only the 'casseurs' who came to have a go at the police," he said.

But as clouds of tear gas filled the streets of some of the most up-market neighbourhoods of Paris Saturday, the truth seemed a little more complex to news agency AFP journalists on the ground. 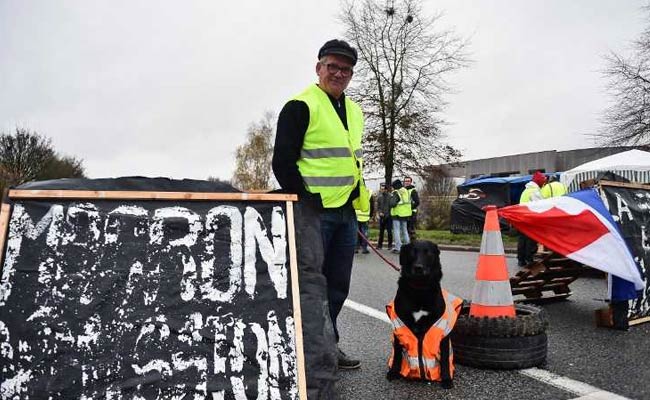 They were not necessarily hard-core political activists nor veterans of street violence: some of them however were ready to resort to violence to protest against government policies.

Some "yellow vest" protesters were involved in the wave of destruction. They came from all over France, more often than not in their thirties, and wearing ski masks or workmen's masks.

They were not necessarily hard-core political activists nor veterans of street violence: some of them however were ready to resort to violence to protest against government policies.

Some of them helped build the barricades set up in the streets to hamper the advance of the police.

"This violence, it's legitimate," said 45-year-old Chantal, who had travelled down from Lorraine, northeast France, with her husband and two children.

"Every month we end up 500 euros in the red. That's three years that we've not gone on holiday."

Many other "yellow vest" protesters who spoke to news agency AFP nevertheless condemned the violence, saying that it damaged their cause.

Beside them were more experienced protesters, some from the hard left, others from the far right -- both more than ready to clash with the authorities, as police sources confirmed.

These people were clearly experienced in the street-fighting tactics used against the police.

They knew how to burn a barricade or a car, and when the police fire tear gas, they gave advice to those around them, telling them not to panic and not to run, news agency AFP journalists on the scene observed.

The presence of hard-left activists was announced by anti-capitalist slogans shouted from some sections of the crowd and the graffiti on the walls of some shops, such as the English acronym ACAB: "All Cops are Bastards".

At the other extreme, far-right groups such as Action Francaise and Bastion Social also made their presence known. Both groups had used social media called on their supporters to turn out at Saturday's protests.

Then later Saturday younger delinquents appeared, in particular near the Place de la Bastille and on the edges of the Champs-Elysees avenue, where news agency AFP journalists watched them looting a small supermarket and burning a scooter.

Once the courts start processing the cases that came out of Saturday's violence, it will be clearer who was behind the violence.

Police detained nearly 380 people in Paris on Saturday and the courts may fast-track some of those cases through the system.