The Blockade Of Qatar Is Failing

In the grown-up world of geopolitics, the Saudi and Emirati-led move against Doha does not seem to be achieving its goals. 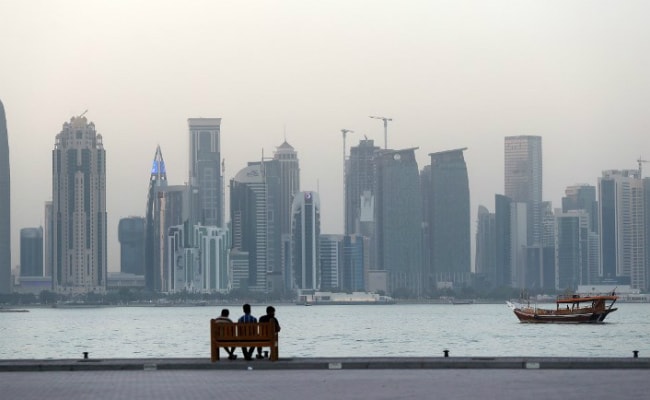 It's hard to imagine the leaders of Saudi Arabia and the United Arab Emirates thought it would go this way. Officials from their governments - as well as junior partners Egypt and Bahrain - described the punitive sanctions they collectively slapped on Qatar in early June as an unfortunate but necessary action, aimed at bringing the pesky Qataris to heel. It was as if Qatar, accused by its neighbors of fomenting extremism near and far, was an unruly child who needed to be disciplined.

But in the grown-up world of geopolitics, the Saudi and Emirati-led move against Doha does not seem to be achieving its goals. Rather than isolating Qatar, it has deepened Qatari ties with regional powers Turkey and Iran. Oman and Kuwait, two other states in the Gulf Cooperation Council, have not joined in. Food supplies and other goods are still flowing into Qatar's docks and airports. And, no matter the White House's mixed messaging, American diplomats appear to be pushing for conciliation and compromise with Qatar rather than seeking Doha's acquiescence to the Saudi and Emirati demands.

"As with their disastrous war in Yemen, Saudi Arabia and the UAE radically overstated their prospects for success and failed to have a plausible plan B in case things did not go to plan," wrote Marc Lynch, a Middle East expert at George Washington University. "The anti-Qatar quartet seems to have overestimated Qatari fears of isolation from the GCC and their own ability to inflict harm on their neighbor."

A new Washington Post report this week added to the awkwardness facing the blockaders. According to unnamed U.S. intelligence officials, the UAE was behind a controversial late-May hack of Qatari government news and social media sites that helped trigger the crisis. The hack attributed false quotes to Qatar's emir, Sheikh Tamim Bin Hamad al-Thani, that had him celebrating Iran as an "Islamic power" and praising Palestinian Islamist group Hamas.

Despite Doha's vociferous denials, the furor led Saudi Arabia, the UAE, Bahrain and Egypt to ban Qatari media, then later break relations with Doha and impose their trade and diplomatic boycott. U.S. officials "became aware last week that newly analyzed information gathered by U.S. intelligence agencies confirmed that on May 23, senior members of the UAE government discussed the plan and its implementation," my colleagues Karen DeYoung and Ellen Nakashima reported. "The officials said it remains unclear whether the UAE carried out the hacks itself or contracted to have them done."

In a statement, the UAE's ambassador to Washington, Yousef al-Otaiba, rejected these claims. "The UAE had no role whatsoever in the alleged hacking described in the article," he said, before reiterating his country's complaints about Qatar's maverick foreign policy. "What is true is Qatar's behavior. Funding, supporting, and enabling extremists from the Taliban to Hamas ... Inciting violence, encouraging radicalization, and undermining the stability of its neighbors."

There is plenty of precedent for rumors and murky innuendo fueling tensions in this part of the world: A rupture in relations in 2014 saw false news reports proliferate about Saudi and Emirati citizens being banned from Harrods, the London department store owned by Qatar's sovereign wealth fund.

Analysts explain that the current impasse is an extension of long-running disagreements and tensions with Qatar, which has irritated its larger neighbors by using its riches to play an outsized role on the world stage. At issue are squabbles over support for different proxies in conflicts from Syria and Libya, as well as the provocative work of Qatari-funded network Al Jazeera, which Riyadh and Abu Dhabi want to see shut down.

The Qataris have also charted a different diplomatic path from their neighbors, playing host to political offices for groups such as the Taliban and Hamas in a bid to mediate regional conflicts. "Against a backdrop of purring limousines and dhows moored in the bay, Doha has become home to an exotic array of fighters, financiers and ideologues, a neutral city with echoes of Vienna in the Cold War, or a Persian Gulf version of the fictional pirate bar in the Star Wars movies," wrote Declan Walsh of the New York Times.

"It's always been this place where waifs and strays and unwanted people ended up," said David B. Roberts, the author of "Qatar: Securing the Global Ambitions of a City-State," to the Times. "There was no overarching power on the peninsula, so if you were wanted by a sheikh, you could escape to Qatar and nobody would bother you."

So the crisis among the wealthy Persian Gulf states rumbles on. Last week, Secretary of State Rex Tillerson carried out a fitful round of shuttle diplomacy in Kuwait, Qatar and Saudi Arabia in an attempt to defuse the situation. The squabbling countries are all U.S. allies - Qatar hosts the United States' largest military base in the Middle East - and Tillerson would prefer everyone calm down and get back to other issues, notably the fight against the Islamic State. But his efforts have yet to bear much fruit.

Tillerson made a public gambit in Doha, signing a memorandum of understanding in which Qatar pledged to do more to block funding for extremist groups in the Middle East and elsewhere. It quickly became a farce. "The Qataris boasted that they were the first in the region to sign such a pact and urged the Arabs allied against them to do the same," my colleague Carol Morello wrote. "The four countries heading the embargo claimed credit for pressuring Qatar into signing, and simultaneously dismissed it as 'insufficient' to end their embargo."

The Saudi Embassy tweeted, "President Trump: Qatar 'Known as a Funder of Terrorism'"

Promoted
Listen to the latest songs, only on JioSaavn.com
On Monday, as the Emiratis were rejecting the hacking allegations, the Saudi Embassy in Washington tweeted lines from an interview with President Trump where he had lashed out at Qatar. It was yet another illustration of the dissonance between the White House and State Department over the crisis - and yet another reminder that the quarrel in the Gulf won't stop anytime soon.