The $14 Billion Feud That Splintered The Hinduja Family 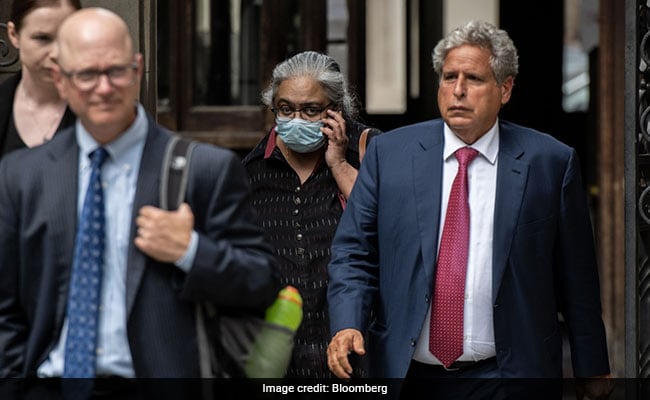 The billionaire Hinduja brothers always presented a united front to the outside world -- four musketeers who espoused a business philosophy that everything belonged to everyone.

Britain's richest family oversaw an Anglo-Indian business empire that's lasted over a century from their shared family homes in London, Mumbai and Geneva.

But, with the ailing of the patriarch Srichand, known as SP, who suffers from dementia a feud has splintered the family, including nephews and nieces, uncles, cousins and grandchildren, further apart than anyone knew.

Late last year, funding from the family, with a combined wealth of more than $14 billion, dried up to such an extent that lawyers brought in to act on behalf of SP said they were seriously considering moving him out of a private hospital to a state-funded one. Lawyers representing Srichand's brother Gopichand denied this, stating that £5 million ($5.9 million) had been made available for him.

The family has now called a temporary truce, but the long-running and rancorous dispute has put at stake the future governance of the Anglo-Indian empire.

With 150,000 employees in almost 40 countries, its assets include six publicly traded entities in India and range from one of the largest private banks in India to Ashok Leyland Ltd., the world's third-largest manufacturer of buses.

The story of the battle can only be reported following a London court bid by Bloomberg News and others to lift restrictions, ending years of secrecy. The judge agreed, taking the unusual step of saying that Srichand had become so marginalized that public scrutiny of the family's behavior would be in his best interests.

Whatever the intended spirit of that variation on "one for all and all for one," it wasn't on display in the courtroom in London.

Different interpretations pitted Srichand's branch of the family, led by his daughter Vinoo, against the rest. Vinoo insisted that her uncles sought to cut her side of the family out of funding and decision-making, leaving her with no choice but to assert control of her father's assets.

The brothers framed the litigation as a power grab that goes against SP's long-held wishes.

Each side accused the other of serious wrongdoing -- and themselves denied misconduct -- as they battled to control the court narrative. Gopichand's lawyer himself compared the turmoil to Leo Tolstoy's epic novel "War and Peace."

It was a long way from the brothers' agreement that the family's assets should be held jointly.

Bollywood also made an appearance at the hearing, when Gopichand sang "Mera Joota Hai Japani" -- My Shoes Are Japanese -- a Hindi song from a 1950s film about a man who says his heart remains in India, even if his clothes come from other countries.

At times fighting tears, he also told the judge that the four brothers were "one soul." He recalled a conversation with SP while they walked through Green Park in central London.

"We two brothers never had any feuds, he said. "He told me, if I go earlier, look after my own daughters as if they're your own."

But, in SP's weakened state, Vinoo alleges that exactly the opposite happened.

She said her side of the family were deprived of income from 2014 until it dried up entirely from 2018.

Vinoo, who rarely left her father's bedside and was at one time accused of shouting at hospital staff, called it a "financial squeeze." She said her branch of the family was left with no choice but to draw on Srichand's own resources.

In the spring of 2021, Vinoo and her sister, Shanu Hinduja, admitted to the judge that they'd used SP's funds for their own purposes and gave up their guardianship of his property and affairs. Their lawyer, Clifford Chance, withdrew from representing them. Clifford Chance didn't comment.

The conflict of interest in the two daughters continuing to hold onto the power of attorneyship was "flagrant," Judge Hayden said.

Between 2013 and 2021, as much as $26 million may have been spent from Srichand's personal funds, including legal fees and funds for his grandchildren, according to lawyers for Gopichand.

In now deleted tweets from last year, Srichand's grandson Karam Hinduja wrote: "The philosophy of SP's brothers is not so much 'all for one, and one for all,' but rather 'all for us, period.'" He said: "There is nothing 'joint' about this family."

Gopichand has disputed this characterization. 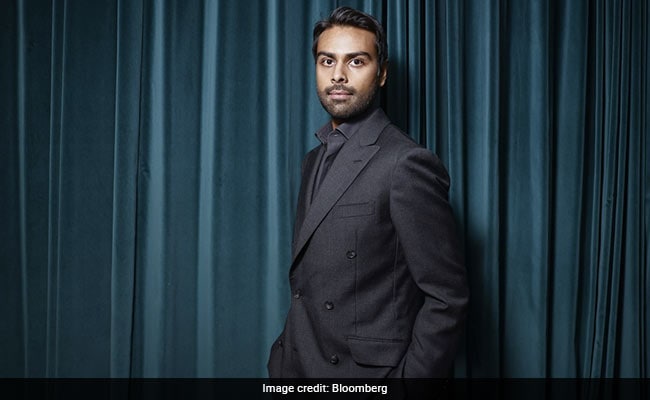 After the ruling, Vinoo and Shanu were clear that a wider agreement amongst the family had yet to be signed.

"While we are pleased that the dispute surrounding the health and welfare of our father has been resolved, a final settlement with respect to the broader disputes still needs to be reached, so that we can fulfill the wishes of our parents for security and dignity in their final years," the two said in a statement.

Friday's "decision has no impact whatsoever on the ongoing care of Mr. SP Hinduja, on which the family are united, or on any business operations," a spokesperson for Gopichand Hinduja said. "The family looks forward to continuing a harmonious relationship in the future."

Vinoo's side of the family deny any misappropriation of cash. According to her lawyers, funding was cut off to such an extent that they "had no new money coming in from wider family resources." It was therefore drawing on funds held by Srichand personally," they said.

With the allegations flying back and forth, David Rees, a lawyer for Gopichand, said he'd tried to end the dispute by conceding that the 2014 letter -- a document signed by all four brothers --- was no longer binding on Srichand.

The letter, which was said to create a trust over the assets, has now been effectively torn up.

So, a truce. For now. But the question of future relationships and ownership is still up in the air.

"This is a family who have repeatedly emphasized, and publicly so, that their family code is munificent, bounteous, and open-hearted," the judge said in his ruling. "Quite how this principle is realized in day-to-day life is difficult to appreciate, having regard to the complexion of the litigation in this court."