Thailand Elections to be Held in February 2016 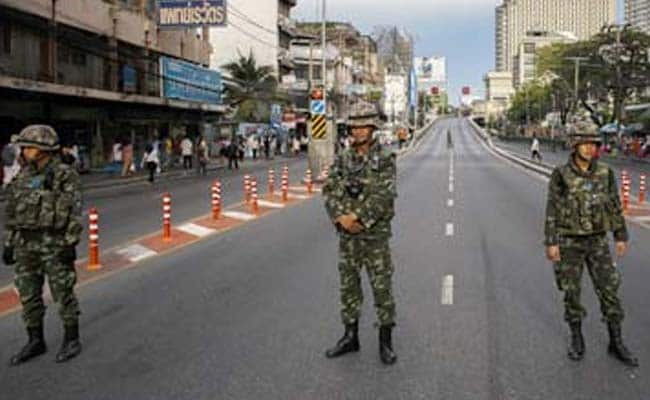 Bangkok: A general election to return Thailand to democracy after a military coup in May will be held in February 2016 at the earliest, a deputy prime minister said on Tuesday, later than the military had initially indicated.

The military government said last month an election planned for late 2015 would be delayed until 2016, giving more time for reforms which the military says should bring stability after a decade of factional rivalry.

The May 22 coup followed months of establishment-backed protests against a populist elected government and it damaged Thailand's relations with some of its Western allies.

Deputy Prime Minister Wisanu Krue-ngam gave the most clear indication of an election date after talks with a top US diplomat.

"I told the US charge d'affaires today elections will take place at the earliest in February 2016," Wisanu told reporters.

"But if we have to have a referendum, polls could be delayed by a further three months," he said, referring to a possible plebiscite on a new constitution.

Thailand has been divided for nearly a decade between rival camps, one led by former telecommunications tycoon Thaskin Shinawatra, whose populist policies have won him and his parties every election since 2001.

Opposed to him is the royalist and military establishment which sees Thaksin as a free-spending, opportunist who bought power by handing out taxpayers' money in the vote-rich countryside.

Thaksin's supporters suspect the reforms the military government is over-seeing are aimed at keeping the self-exiled, ousted former premier and his allies out of power for good.

A senior Western diplomat said he was not optimistic about the possibility of an election in 2016, fearing Prime Minister Prayuth Chan-ocha, the army chef who launched the May coup, could come up with a justification to delay.

"It is not inconceivable that Prayuth will stay in power for two to three years, despite his pledge to return Thailand to democracy as soon as possible," said the diplomat, who declined to be identified.

Questions over the return to democracy come at a time of extreme sensitivity surrounding the monarchy and in particular the issue of succession, which has formed part of the backdrop to the complex national crisis.

Promoted
Listen to the latest songs, only on JioSaavn.com
King Bhumibol Adulyadej, 87, is in hospital recovering from gallbladder surgery. The king is regarded as almost divine by many Thais and is widely seen as a unifying figure through years of political unrest.