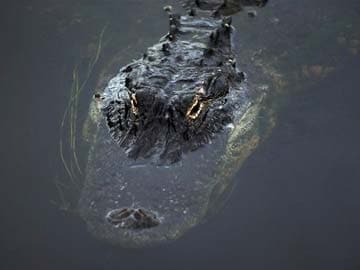 Bangkok: A 65-year-old Thai women has committed suicide by leaping into a pond of crocodiles at a farm popular with tourists on Bangkok's outskirts, police told AFP on Tuesday.

The incident occurred during opening hours at the farm which doubles as a zoo and draws visitors who can feed the deadly reptiles from a walkway.

The woman jumped on Friday from a resting point on the walkway into the middle of pond which contains hundreds of adult crocodiles, Preecha Iam-nui of Samut Prakan police told AFP.

"Her sister said the victim was suffering from stress and depression," Preecha added. The farm is an hour outside Bangkok.

Promoted
Listen to the latest songs, only on JioSaavn.com
Safety rules are often lax at Thai tourist attractions, which include tiger and crocodile farms.

The Samut Prakan farm fences are just a few feet high to allow visitors including children to feed the reptiles.