Texas Shooting: Meghan Markle also walked around the memorial, looking at the white crosses bearing the names of the victims of Tuesday's carnage. 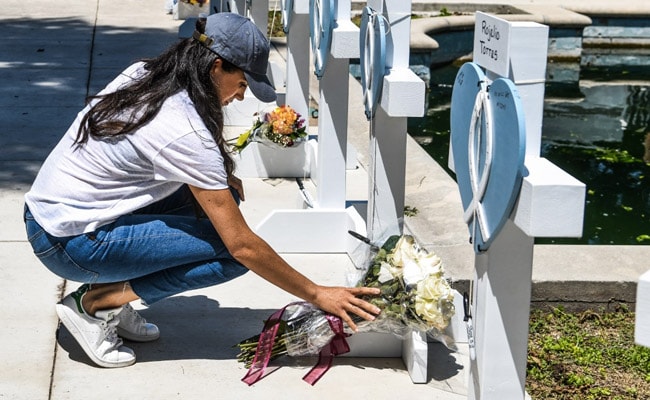 Texas Shooting: At least 19 students were killed at a Texas elementary school on Tuesday.

Meghan Markle, the wife of Britain's Prince Harry, on Thursday made an unannounced visit to the Texas town of Uvalde to pay her respects to the victims of a shooting at an elementary school that left 19 children and two teachers dead.

The 40-year-old Duchess of Sussex -- wearing jeans, a t-shirt and a blue baseball cap -- reached down with her head bowed and placed flowers at a makeshift memorial outside the courthouse in Uvalde.

She also walked around the memorial, looking at the white crosses bearing the names of the victims of Tuesday's carnage.

Harry and Meghan quit royal life and moved to North America two years ago. They now live in California with their two children.