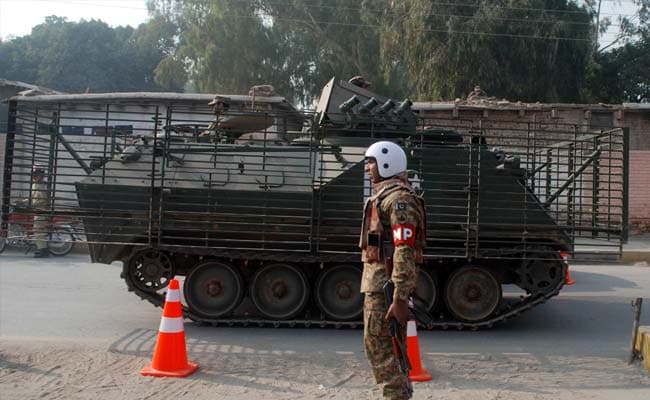 The Pakistan military is conducting retaliatory operations against Taliban militants after the Peshawar school attack. (Reuters)

Islamabad: A top Pakistani official has said the government has fast-tracked the execution of terrorists following reports that the convicts are in contact with their accomplices across the country and planning new attacks.

In response to the attack by Tehreek-e-Taliban Pakistan (TTP) on Peshawar's Army Public School (APS), that killed 148 people including 132 school children, the federal government lifted the moratorium on the death sentence to execute the terrorists, the Daily Times reported on Saturday.

The executions have been carried out speedily following intelligence reports that the TTP inmates were in direct contact with their associates dispersed across the country and were planning to launch coordinated terror attacks, the official said.

"The gravity of the situation suggested that ignoring the intelligence alerts could lead to yet another disaster," he said.

"The conditions of our prisons, pay a few thousand rupees and you have access to everything, mobile phones, gadgets, it's highly unfortunate but that's the way it is," the official added.

The law enforcement agencies, the official said, were alarmed after receiving an intelligence alert from a premier security agency that the terrorists were planning to carry out another APS Peshawar-like attack.

So far six terrorists have been hanged in Faisalabad District Jail, all of them executed ahead of the given schedule in order to maintain secrecy in the wake of serious terror threats, the official said.

Moreover, the official said, Faisalabad District Jail has been selected mainly to send hardcore terrorists to the gallows on the grounds that it is not a garrison city.

"Security threats are maximum in garrison cities due to sensitive security installations, cantonments and related factors. Compared to this, the conditions, security-wise, are much more convenient in a non-garrison city," the official said.

Promoted
Listen to the latest songs, only on JioSaavn.com
"The families of terrorists were provided inaccurate schedules about their executions following the reported contacts between terrorist inmates and their accomplices and family members. This was done as a preventive measure to avert any incident," he added.

Saudi Says Only "Immunised" Pilgrims Allowed In Mecca During Ramadan