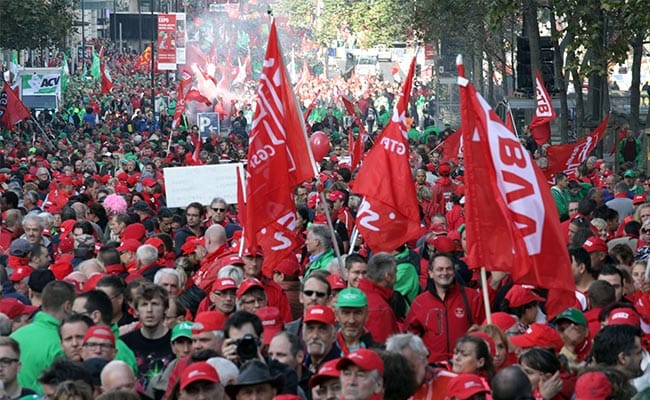 Members of trade unions and others march during a general strike in Brussels.

Brussels: Tens of thousands of workers have rallied in the Belgian capital to protest against government reforms and labor laws, disrupting public transport and traffic.

Tensions have been high since U.S. heavy equipment maker Caterpillar announced the closure of its Belgian production plant, meaning the loss of more than 2,000 jobs.

Marc Goblet, head of the FGTB trade union, said things have got worse in Belgium in recent years.

Promoted
Listen to the latest songs, only on JioSaavn.com
He said that "more and more people are living under the poverty line" and that workers' wages have dropped below those in neighbors like Germany, France and the Netherlands.