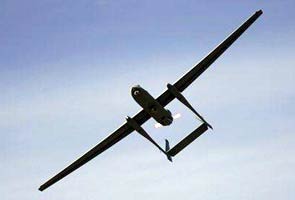 ISAF said 10 enemy forces had been killed in a precision strike in the area Saturday, but that they had received no reports of any civilian casualties.

Shujaul Mulk Jalala, Kunar Provincial Governor told AFP that 12 civilians and four insurgents had been killed.
"At least 12 civilians -- four women, four children and four men were killed in an airstrike of foreign forces in Wattapur district of Kunar province yesterday," he said.

"I can confirm that four armed insurgents belonged to Al-Qaida were also killed in the airstrike."

Civilians casualties in NATO operations have long been a source of tension between the Afghan government and the US-led NATO troops.

ISAF said it was aware of the allegations and was looking into the incident.

"We can confirm Coalition Forces' conducted a precision strike yesterday... resulting in 10 enemy forces killed," it said in a statement.

"At this time, we have no reports of any civilian casualties in regards to this incident."

Promoted
Listen to the latest songs, only on JioSaavn.com
Kunar, which borders Pakistan, is known to have strong presence of militants, foreign insurgents and Taliban fighters.