Tears, Anger Pour for Slain Miss Honduras and Her Sister 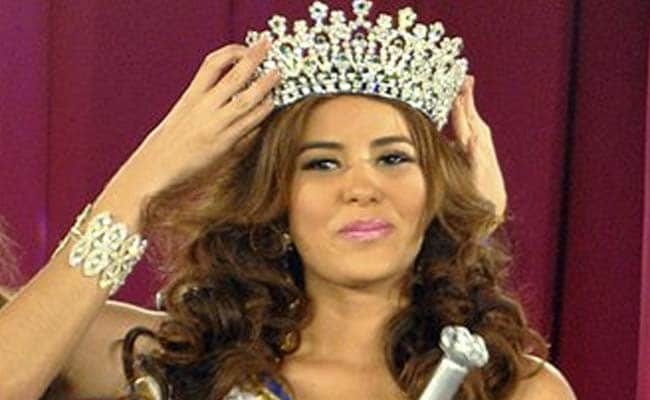 Santa Barbara, Honduras: Tears and anger poured out for the dark-haired beauty who was to have flown to London on Wednesday to represent Honduras at the Miss World pageant, only to be found shot to death with her sister on a remote river bank.

After the bodies of the reigning Miss Honduras, 19-year-old Maria Jose Alvarado, and her sister Sofia, 23, were discovered early in the day, police announced that the sister's boyfriend had confessed to killing them last week in a fit of jealousy over his girlfriend dancing with another man.

Dozens of relatives and friends of the beauty queen gathered for a candlelight vigil at the college she attended, remembering a down-to-earth young woman who aspired to be a diplomat, went out without makeup and worked as a model to help support a humble family.

"She was simple, humble, a total innocent smiling and without malice," said Ludin Reyes, a fellow student at the Technical University of Honduras.

The Center for Women's Rights, based in the Honduran capital of Tegucigalpa, issued a statement condemning the sisters' killing and noted 328 women have been slain in this Central American nation so far in 2014.

"The case of Mary Jose and Sofia show clearly the situation of generalized violence against women and the nonexistent response of the Honduran government to prevent, investigate or punish it," the statement said.

The bodies believed to be the sisters were found buried near the spa where they disappeared a week earlier while celebrating the birthday of the sister's boyfriend, Plutarco Ruiz.

At some point during the night of November 13, a heated argument broke out over the sister dancing with another man and Ruiz pulled a gun, firing first at his girlfriend and then at Alvarado as she tried to flee, said the National Police director, General Ramon Sabillon. Alvarado was hit twice in the back.

Claudio Cecilio Munoz, an uncle of the sisters, said Ruiz came to the family's modest house on a dirt road the day after the young women disappeared to invite them to lunch, and returned several days to help with the search. He described Ruiz not as a boyfriend, but as someone who was courting his niece.

"We didn't file a complaint right away because we were waiting for a telephone call asking for ransom," Munoz said. "On Saturday their mother and I went to put in a complaint and the killer was with us."

Ruiz led investigators to the gravesite where he and an alleged accomplice buried them in Santa Barbara, about 240 miles (400 kilometers) west of Tegucigalpa.

Alvarado's body, wrapped in brown plastic, was loaded into the back of a pickup truck just hours before she was to have boarded a flight to London to compete in the Miss World pageant. A winner will be crowned December 14.

"We had her gown ready and her traditional dress costumes," said television personality Salvador Nasrallah, who employed Alvarado as a model on his TV game show, "X-O Da Dinero."

"This is not a crime of passion; this is machismo," said Nasrallah, a former presidential candidate.

Honduras pageant organizer Eduardo Zablah said the country would not send a substitute to London.

Alvarado's pageant profile describes her as a college student who played volleyball and soccer and loved to perform a traditional Garifuna dance called the Punta Dance.

The sisters' mother, Teresa Munoz, told Televicentro that her daughters were trusting and naive. "They were not very astute about assessing the people around them. They were just friendly," Munoz said. "They were going out with people they hadn't known very long."

The killing of the sisters highlights what experts call an alarming trend of violence against women in Central America, fueled by poverty, male chauvinism, domestic violence, street gangs and drug trafficking.

According to a report by the United Nations, slayings of women and girls in Honduras increased 263 per cent between 2005 and 2013. The country has the highest homicide rate in the world for a country not at war, with an estimated 90 to 95 killings per 100,000 people.

In September, the Center for Women's Rights published a report noting that the number of women dying violently rose from 512 in 2011 to 636 last year - even as the number of men killed dropped slightly. The center estimated Honduras' government underreports slayings of women by as much as 17 per cent.

"Violence against women is a huge problem in Honduras," said Adriana Beltran, a senior associate at the Washington Office on Latin America.

Promoted
Listen to the latest songs, only on JioSaavn.com
Those who knew Alvarado, who was crowned in April, said she was not caught up in the celebrity of her position. She would go around town in jeans with her hair up and without makeup.

"When Maria Jose won the pageant, she didn't think it was that important. I just wanted her to be happy," her mother said.