In his second annual State of the Union address, Donald Trump said he has accelerated America's negotiations to reach a political settlement in Afghanistan. 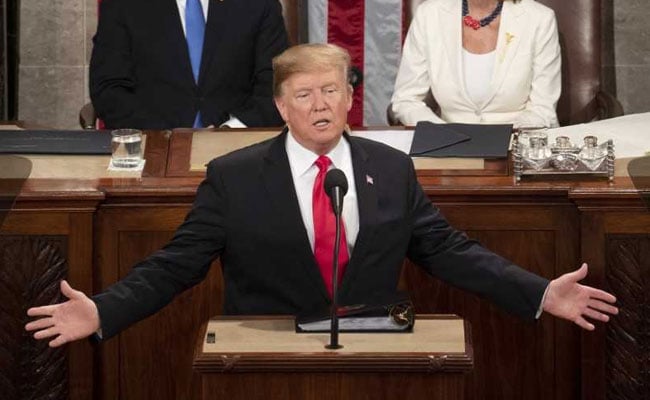 Donald Trump said the hour has come to at least try for peace.

Informing Congress that his administration is holding "constructive talks" with the Taliban, US President Donald Trump said on Wednesday that after two decades of war in Afghanistan, the hour has come to at least try for peace.

In his second annual State of the Union address, Trump said he has accelerated America's negotiations to reach a political settlement in Afghanistan.

"Our troops have fought with unmatched valour -- and thanks to their bravery, we are now able to pursue a political solution to this long and bloody conflict," the US President said.

"In Afghanistan, my administration is holding constructive talks with a number of Afghan groups, including the Taliban. As we make progress in these negotiations, we will be able to reduce our troop presence and focus on counter-terrorism," Trump said in his address to the joint session of Congress.

Currently there are 14,000 US troops stationed in Afghanistan.

"We do not know whether we will achieve an agreement -- but we do know that after two decades of war, the hour has come to at least try for peace," Trump said.

However, he warned opponents of any misadventure against the United States.

"Above all, friend and foe alike must never doubt this Nation's power and will to defend our people. Eighteen years ago, terrorists attacked the USS Cole -- and last month American forces killed one of the leaders of the attack," he added.