Fazal Mohammad, popularly referred to as "Khasha Zwan", was stationed in southern Kandahar province but was taken away by the Taliban after returning home about two weeks ago, according to an officer serving with him. 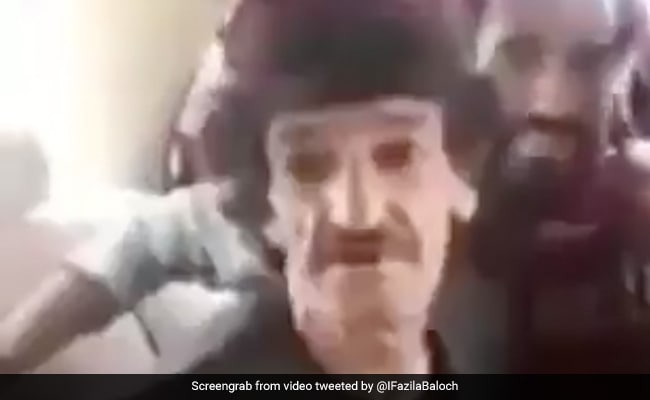 Viral videos emerged showing Fazal Mohammad, his hands tied behind his back.

The Taliban on Thursday said they had killed an Afghan police officer, better known for posting humourous videos online, after clips emerged on social media showing him being beaten and his dead body.

Fazal Mohammad, popularly referred to as "Khasha Zwan", was stationed in southern Kandahar province but was taken away by the Taliban after returning home about two weeks ago, according to an officer serving with him.

Last week, viral videos emerged showing Mohammad, his hands tied behind his back and sitting between two men in a car, being slapped repeatedly. Another clip purported to show his dead body.

Taliban executed this poor Comedian #Khasha Zwan that it's “HARAAM” in Islam to make people laugh.

The video is moments before his death. pic.twitter.com/mXpLK8bZ19

"He was not a comedian, he fought against us in several battles. He had tried to flee when we detained him, prompting our gunmen to kill him," Taliban spokesman Zabihullah Mujahid said Thursday.

"He was an active policeman and responsible for deaths of many people," he told AFP.

Police commander Sailab, who has one name like many Afghans and who worked with Mohammad, said the comic was never deployed in combat and was more of an entertainer for the checkpoint's officers.

The militants initially denied they had anything to do with his murder, until the videos went viral.

The killing comes as the Taliban -- who strictly forbid any form of entertainment when they controlled Afghanistan -- are making sweeping territorial gains across the country.

Second vice president Sarwar Danesh said in a Facebook post it "displayed the nature of the enemies of this land and their hostility to culture, art and freedom".

"The innocent face of Khasha hurts the heart of every human. They (Taliban) have shot him dead, they are the cruelest people in the world," a post on Facebook said.

The Taliban have been accused of targeted killings -- including journalists, judges and activists -- since signing a landmark deal with Washington last year that paved the way for the withdrawal of foreign troops.

Violence has further surged since early May, when the insurgents launched a campaign across the countryside after foreign forces began their final pullout.