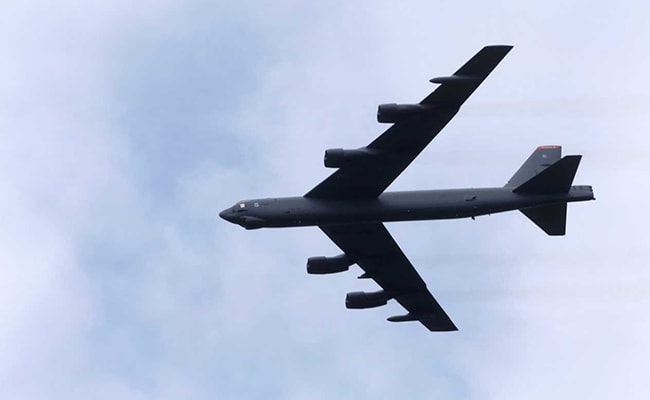 Chinese bombers flew around just a few hours after Taiwan vowed not to be cowed. (File)

Taiwan's air force scrambled aircraft on Friday as Chinese bombers flew around the self-ruled island, just a few hours after Taiwan vowed not to be cowed having lost another diplomatic ally amid growing Chinese pressure.

Taiwan is China's most sensitive territorial issue and a potential dangerous military flashpoint. China claims the island as its sacred territory and has vowed not to allow any attempts at what it views as Taiwan separatism.

Tension between democratic Taiwan and its big neighbour has increased in recent months, with China suspicious the administration of President Tsai Ing-wen wants to push for the island's formal independence.

Tsai, who took offer in 2016, says she wants to maintain the status quo, but will protect Taiwan's security and not be bullied by Beijing.

In the latest flight by Chinese aircraft around Taiwan, two H-6 bombers passed through the Bashi Channel which separates Taiwan from the Philippines in the early hours of Friday and then rounded Taiwan via Japan's Miyako Strait, to Taiwan's northeast, the island's defence ministry said.

Taiwan aircraft accompanied and monitored the Chinese bombers throughout, the ministry said, describing the Chinese aircraft as being on a long-range training mission.

The people of Taiwan should not be alarmed as the air force was well able to monitor the Chinese aircraft as they approach and during their missions and can ensure Taiwan's security, the ministry added.

There was no immediate word from China. It has said these missions, which have become increasingly frequent, are to send a warning to Taiwan not to engage in separatist activity.

On Thursday, Taiwan lost its second diplomatic ally in less than a month when Burkina Faso said it had cut ties with the island, following intense Chinese pressure on African countries to break with what it regards as a wayward province.

Tsai said Taiwan would not engage in "dollar diplomacy" and denounced Beijing's methods, saying Taiwan and its partners in the international community would not cower to China's pressure.

Promoted
Listen to the latest songs, only on JioSaavn.com
Taiwan has only one diplomatic ally left in Africa - the tiny kingdom of Swaziland - and formal relations with just 18 countries worldwide, many of them poor countries in Central America and the Pacific like Belize and Nauru.
© Thomson Reuters 2018