T-Minus One Week Until China's Space Lab Crashes To Earth. Here's What It Will Look Like

When an out-of-control Tiangong-1 comes plummeting to earth in a superheated trail of plasma and space debris, it may literally be an April Fool's joke. 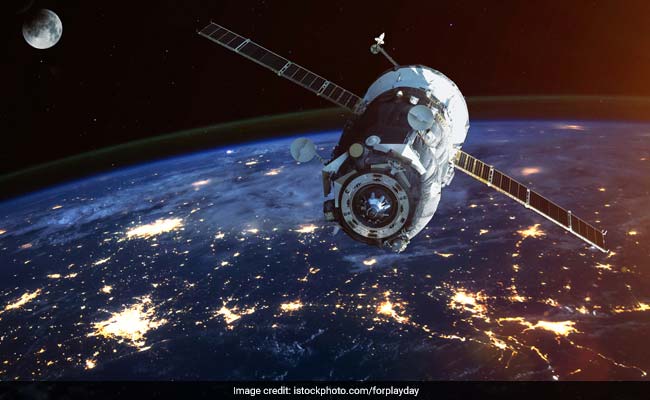 Tiangong-1 is currently spinning around our atmosphere at a speed of about 17,500 mph.

When Tiangong-1 rocketed into the sky in 2011, optimists hoped the space station - literal translation: "heavenly palace" - would be a model for a permanent fixture among the stars, a space laboratory that was among humankind's first footsteps in the Cosmos.

So, when an out-of-control Tiangong-1 comes plummeting to earth in a superheated trail of plasma and space debris, it may literally be an April Fool's joke.

Scientists have known for more than a year that Tiangong-1 would eventually turn into a man-made meteorite after the station stopped responding to Chinese commands in 2016, according to Space.com. The lab was returning from whence it came, they were certain, but when and where it would crash was out of anyone's control.

In recent months, scientists got better numbers. They told Spain, Portugal, France and Greece a) don't worry too much, but b) a 19,000-pound flying laboratory might be disintegrating over your skies.

Or, in the words of fear-allaying scientists, Tiangong-1 was experiencing an "uncontrolled reentry."

But semantics will do nothing to change the time of the increasingly likely disintegration date: April 1, or April Fools' Day, according to Business Insider. Although there is some wiggle room with that date, scientists have a pretty good sense of the drama that will unfold over the next few days.

Tiangong-1 is currently spinning around our atmosphere at a speed of about 17,500 mph, taking one trip around the planet every 90 minutes. Although the air is thin in the zone where Earth's atmosphere ends and space begins, it's enough to slow the craft. As it loses its forward speed, gravity will begin to accelerate the craft toward Earth, and that's literally when the fireworks start.

"Have you ever skipped a stone on a lake?" Jesse Gossner, an orbital mechanics engineer who teaches at the U.S. Air Force's Advanced Space Operations School, told Business Insider. "It bounces a few times, then eventually goes into the water."

The friction caused by thicker air will rip off anything sticking out of the side of Tiangong-1 - solar panels, antennae. That friction will also likely surround parts of the craft in superheated plasma (really, it's nothing to worry about, France).

But don't let that whole "superheated plasma thing" fool you. All might not be destroyed.

The station is built like an onion, with layers upon layers of material. While the outside is glowing bright enough to be seen hundreds of miles away, some components nestled inside may be relatively safe.

Jonathan McDowell, an astrophysicist from Harvard University, told the Guardian that pieces weighing up to 220 pounds could make it to Earth's surface. According to the latest estimates, the parts of the lab that survive will crash into the ocean.

Still, scientists say, eagle-eyed observers will likely see it. According to the nonprofit research firm Aerospace, parts of the burning space station "may be visible and will likely last up to a minute or more, depending on time of day, visibility, conditions and the observer's location."

And even in the warned countries, there's an infinitesimal chance that falling debris will actually strike someone.

(This story has not been edited by NDTV staff and is auto-generated from a syndicated feed.)
Comments
Tiangong-1China Space Lab