The attacks in the town of Maadan and village of Bir al-Sabkhawi, near the provincial boundary with Deir al-Zor governorate, "destroyed several bases and vehicles" belonging to the Islamist group, the source said. 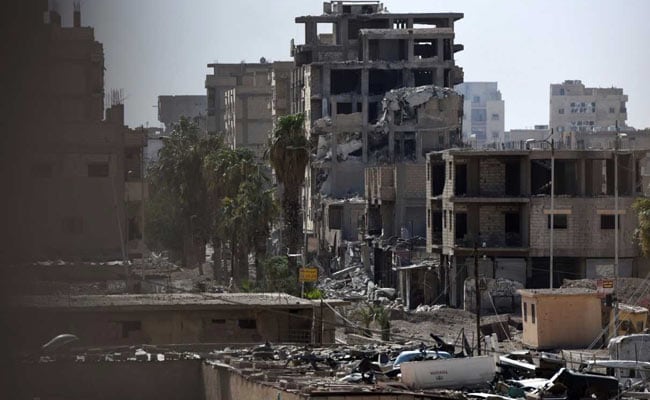 Beirut: Syrian warplanes carried out air strikes today against ISIS in an area of countryside east of Raqqa and close to where US-backed forces operate, Syrian state TV reported, citing a military source.

The attacks in the town of Maadan and village of Bir al-Sabkhawi, near the provincial boundary with Deir al-Zor governorate, "destroyed several bases and vehicles" belonging to the Islamist group, the source said.

The British-based Syrian Observatory for Human Rights monitoring group said it was the first time in several weeks that the Syrian military had launched an attack in that area.

The Syrian army has active front lines with ISIS in Raqqa's western countryside, where it has recaptured territory from the terrorists.

But air strikes in the east take the fight closer to where the US-backed Syrian Democratic Forces (SDF), an alliance dominated by Kurdish fighters, are operating.

The SDF launched a final assault to drive ISIS out of its stronghold of Raqqa city last month, and have spearheaded efforts against the group in Syria's northeast.

The Syrian army backed by Russian warplanes is separately fighting the terrorists further west, but has also carried out air raids in Raqqa and Deir al-Zor provinces.

The SDF accused Syrian government forces of bombing their positions in June, one of several incidents that raised tension between the United States on one side and Syria and Russia on the other.

Promoted
Listen to the latest songs, only on JioSaavn.com
It was not immediately clear how close Saturday's air strikes came to SDF positions, but they were within kilometres (miles) of SDF-controlled territory.