British Prime Minister Theresa May said Saturday there was "no practicable alternative" to the use of force in Syria as she announced Britain had joined France and the United States in launching strikes against Syria. 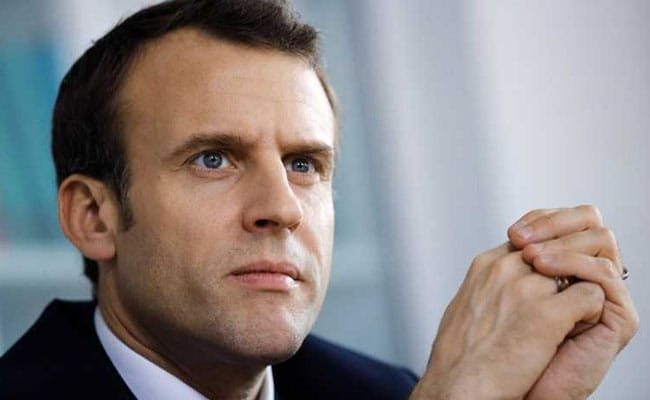 France: French President Emmanuel Macron said late Friday that France had joined the US and Britain in an ongoing operation against Syria with strikes to target "the capacities of the Syrian regime to produce and use chemical weapons".

"We cannot tolerate the normalisation of the use of chemical weapons," he said in a statement.

British Prime Minister Theresa May said Saturday there was "no practicable alternative" to the use of force in Syria as she announced Britain had joined France and the United States in launching strikes against Syria.

"This evening I have authorised British armed forces to conduct co-ordinated and targeted strikes to degrade the Syrian regime's chemical weapons capability and deter their use," she said in a statement.

May said "a significant body of information including intelligence" pointed to Syrian government responsibility for a suspected chemical attack last Saturday.

"There is no practicable alternative to the use of force to degrade and deter the use of chemical weapons by the Syrian regime," she said.

"It is about a limited and targeted strike that does not further escalate tensions in the region and that does everything possible to prevent civilian casualties," she said.

May said the strikes would "also send a clear signal to anyone else who believes they can use chemical weapons with impunity".

"This is the first time as prime minister that I have had to take the decision to commit our armed forces in combat -- and it is not a decision I have taken lightly.

Promoted
Listen to the latest songs, only on JioSaavn.com
"I have done so because I judge this action to be in Britain's national interest," she added.