Man Plotted To Bomb US Rallies; Was Retaliating For New Zealand Attacks

The suspect had spoken to a confidential informant about other possible attacks against Jews, police officers and churches, authorities said. 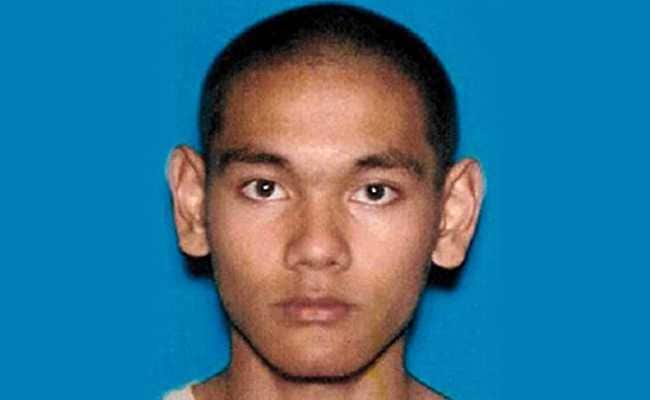 An Army veteran who allegedly planned to bomb a Los Angeles-area white supremacist rally has been arrested and his plot foiled, authorities said Monday.

Officials identified the man as Mark Steven Domingo, 26, a recent convert to Islam who, they said, was seeking revenge for the March massacres at two New Zealand mosques that killed 50 people. The FBI had been tracking the California resident for weeks, law enforcement said, and he had spoken to a confidential informant about other possible attacks against Jews, police officers, churches and the Santa Monica Pier, a local landmark and tourist destination.

He wanted to cause "mass casualties," authorities said.

"The criminal case outlines a chilling terrorism plot that developed over the past two months and targeted innocent Americans," said Nicola Hanna, U.S. attorney for the Central District of California, in a Monday news conference.

By mid-April, Domingo had homed in on a pair of white supremacist rallies scheduled to take place last weekend in two neighboring Southern California cities, Long Beach and Huntington Beach, according to a federal court filing. Domingo settled on the Long Beach event, allegedly telling the FBI informant - whom he believed to be his co-conspirator - that it's where they could kill more people.

"If we do this, LA is going to be locked down," Domingo said, according to the court records, which the Los Angeles Times posted online.

After considering a drive-by shooting or throwing a grenade, Domingo, who served a combat stint in Afghanistan, decided to use an improvised explosive device, authorities said. Again, he reasoned, "An IED will do a lot more damage crowd wise."

The informant connected Domingo with a man who he said would make a bomb. Investigators said Domingo then purchased several hundred nails to stuff inside the bomb as shrapnel - at 3 inches, they'd be long enough to pierce their victims' internal organs, he allegedly said.

The purported bombmaker was an undercover FBI agent who helped arrest Domingo on Friday, as he surveyed the Long Beach park where the rally he had targeted was set to take place. He now faces terrorism charges and was expected to appear in U.S. District Court on Monday afternoon.

"The individual charged in this case wanted to carry out a mass casualty attack with explosive devices, and he moved very quickly from talking about violence to mobilizing to commit such an attack," Michael McGarrity, the assistant director of the FBI's Counterterrorism Section, said in a statement. "This case should remind the public of the need to be vigilant and notify law enforcement if you see suspicious behavior."

Domingo first landed on law enforcement's radar around the time of the New Zealand shooting, officials said, with a series of violent posts to an unnamed online platform. After the attacks in Christchurch, court records show, he said that "there must be retribution."

In a post that same day, he allegedly wrote, "I feel like I should make a christians life miserable tomorrow for our fallen bros n sis in new zealand ... maybe a jews life idk ... they shed our blood ... no Muslim should have to experience this, a message needs to be sent."

His online menacing should serve as a reminder that suspicious activity should be reported to authorities, said Los Angeles Police Chief Michel Moore.

"This is not television, this is not Hollywood, this is the reality in which we're living," Moore said at the news conference.

In his frequent communication with FBI agents and informants, Domingo repeatedly boasted about his arsenal of weapons, referring often to an "AK," according to the court filing. Officials said he had at least three guns registered to him: two semiautomatic rifles, one of which is an AK-47 style weapon, and a bolt-action rifle.

He allegedly told the informant that he supported the ISIS and said he would "swear allegiance" to the terror organization if they "came here." He also spoke of dying for his extremist beliefs. In one conversation, recounted in court documents, Domingo said he'd rather die carrying out an attack than be captured alive.

"I mean I don't want to get caught," the informant said. "Your plan is just to go and get caught."

Local news outlets reported that Domingo's family was shocked by the criminal investigation and did not wish to make public comments.

"We do not know what is going on at this point," read a statement the family provided to a CBS affiliate. "We are surprised by all of these events in regard with Mark. I hope you will respect our privacy in this matter, as we are distressed by all of this and don't need all of this attention."

Authorities said Domingo acted alone and does not constitute an ongoing threat. The white nationalists never showed up to the event in Long Beach, The Associated Press reported. Instead, counterprotesters attended, rallying for peace.

The announcement came days after a man attacked a synagogue near San Diego, fatally shooting one person and injuring three during services. Police arrested 19-year-old John Earnest, who has been connected to an online an anti-Semitic screed describing a plan to kill Jews was posted online under the same name. Domingo's alleged plot and the synagogue shooting were apparently unrelated.