Five more people have been detained over the murder, including the parents of a child at the school where the teacher was working, said the source, who asked not to be named. 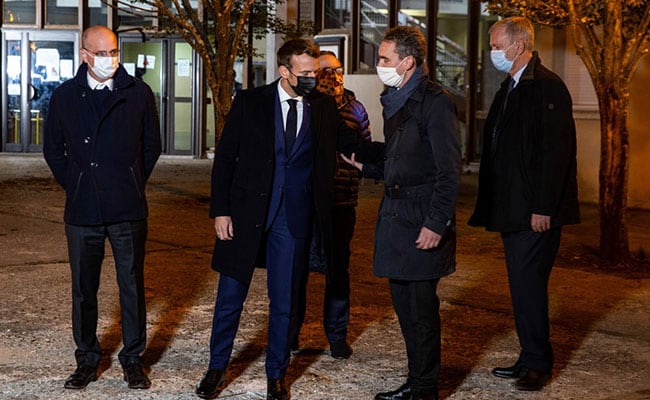 The man suspected of beheading a French teacher who had shown his students cartoons of the prophet Mohammed was an 18-year-old born in Moscow and originating from Russia's southern region of Chechnya, a judicial source said on Saturday.

Five more people have been detained over the murder on Friday outside Paris, including the parents of a child at the school where the teacher was working, bringing to nine the total number currently under arrest, said the source, who asked not to be named.

According to the source, the two detained parents had signalled their disagreement with the teacher's decision to show the cartoons.

The other new people detained for questioning are members of the suspect's social circle but not family members.

The assailant was shot by police and later died of his injuries. Identification documents were found on him.

France has seen a wave of Islamist violence since the 2015 terror attacks on the satirical magazine Charlie Hebdo and a Jewish supermarket in the capital.

French anti-terror prosecutors said they were treating the assault as "a murder linked to a terrorist organisation".

The attack happened on the outskirts of Paris at around 5pm (1500 GMT) near the middle school where the teacher worked in Conflans Saint-Honorine, a northwestern suburb around 30 kilometres (20 miles) from the city centre.

The killing bore the hallmarks of "an Islamist terrorist attack", President Emmanuel Macron said as he visited the scene.

The victim was a history teacher who recently showed cartoons of the Prophet Mohammed as part of a class discussion on freedom of expression, police said.