Sundar Pichai has also leaned into his assumed role as Google's defender-in-chief, making trips to Washington to explain the company's decisions to lawmakers. 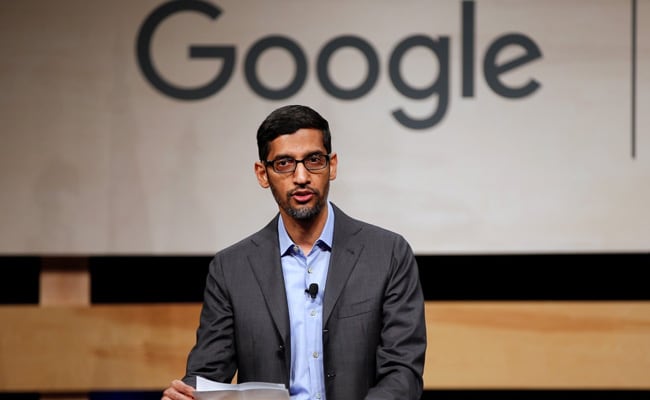 Sundar Pichai is now the CEO of Alphabet. (Reuters Photo)

If you want to know how Alphabet Inc.'s new Chief Executive Officer Sundar Pichai will run the company you don't need to look very far -- he's essentially been doing it for several years already.

Pichai, a 47-year-old engineer, grew up in India and immigrated to the U.S. to attend graduate school. His resume reads like the typical Silicon Valley operator: a Master's degree from Stanford University, an MBA from the University of Pennsylvania's Wharton School and a stint as a consultant at McKinsey & Co.

He joined Google in 2004 and started amassing responsibility for some of Google's most popular products, including Gmail, the Chrome browser and Android. Former employees often describe him as a collaborative and loyal colleague. He even turned down a big new grant of stock in 2018 because he felt he was already paid generously, according to a person familiar with the matter.

When Google founders Larry Page and Sergey Brin created the Alphabet holding company in 2015, Pichai was chosen to run Google, whose businesses including YouTube, Maps and Gmail bring in almost all of the company's revenue. That left the founders to chase visions of building self-driving cars and technology to make people live longer. Brin and Page stepped away from their posts as president and CEO of Alphabet on Tuesday, handing total executive control to Pichai although they'll stay on the board.

In Silicon Valley and on Wall Street, Pichai enjoys a positive reputation as the guy keeping the cash flowing at Google. But, partly because Brin and Page were still technically in the picture, Pichai is less well-known outside of tech circles. When the U.S. Senate held a hearing last year to ask what the big tech companies were doing to stop election meddling on their platforms, it invited Page first, not Pichai. Neither went and Google was represented by an empty chair, although Pichai made the trek later to a House Judiciary Committee meeting.

Now, there won't be any confusion about who the CEO is.

"Going forward, the story is much simpler: Sundar is the only sheriff in town," analysts at Evercore ISI wrote in a note on Tuesday.

Pichai has done more than just keep the lights on at Google. He's put artificial intelligence at the center of the company's pitch to customers and investors, arguing that Google's prowess in AI technology will give it an edge in all its different businesses, from cloud computing and search ads to health care software and mobile phones. He replaced Diane Greene with former Oracle Corp. executive Thomas Kurian as head of Google's cloud business. Under Pichai, Kurian has started ramping up acquisitions to expand the unit's footprint, buying Alooma, Looker, Elastifile and CloudSimple this year alone.

Pichai's actions as head of Google could give a clue as to how he will run the broader conglomerate. In the last couple of years, Google has poached employees or whole units from the Alphabet constellation, bringing them inside to bolster its own projects. Chronicle, a cybersecurity unit, was supposed to be independent, but in June Google's cloud division swallowed it whole. The same thing happened to health-related projects started by DeepMind, Alphabet's AI research arm.

Pichai has also leaned into his assumed role as Google's defender-in-chief, making trips to Washington to explain the company's decisions to lawmakers. Internally, he has pushed back against employee activists who are clamoring for change on a variety of issues from military contracts to the company's handling of sexual harassment allegations. He reduced the number of the once-hallowed town hall meetings Google workers use to vent their frustrations with management to once a month, down from every week.

And last month Google fired four employees who had been pushing for the company to stop selling software to U.S. immigration authorities. Google says the employees violated their colleagues' privacy by tracking the calendars of certain executives and sharing details outside of the company.

The four employees say they plan to file complaints with the National Labor Relations Board.

Managing worker dissent and regulatory scrutiny while playing catch-up in cloud and keeping up growth at the core ads business is a tall order, but the market seems to have confidence in Pichai. Google's stock ended the day up 1.9% after the announcement.

At a conference last year, an audience member asked Pichai about the employee revolts against Google's artificial intelligence work with the U.S. government. In a rare moment of directness, Pichai pushed back against the idea that instead of running the company, the company was running him.

At the end of the day, he's the CEO, Pichai said. "We don't run the company by referendum."