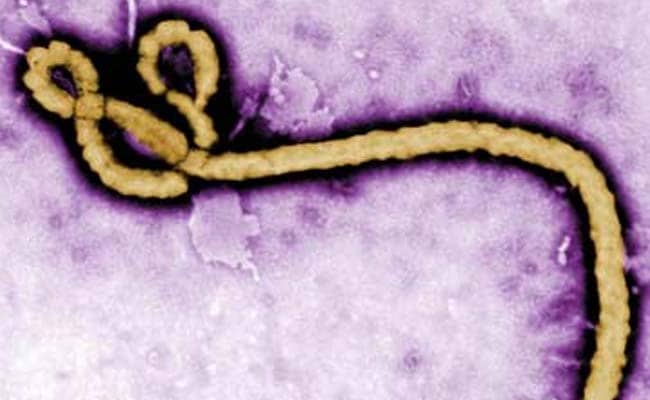 A microscopic view of the Ebola virus. (Reuters Photo)

Conakry, Guinea: Guinea said on Monday a cooler carrying a stolen blood sample infected with the deadly Ebola virus, stolen en route to a test centre, was unlikely ever to be found.

A gang of robbers held up a taxi last week near the town of Kissidougou which was transporting the sample from central Kankan prefecture to southern Gueckedou, around 265 kilometres (165 miles) away.

"We are confident of not being able to find this cooler. With the media attention around the case, we are confident that the bandits would have got rid of it," said Fode Tass Sylla, spokesman for the government's Ebola response unit.

Tass said the virus would not have survived in the sample, although studies have shown that it can last in fluids for several weeks if it is not kept in direct sunlight.

Guinea authorities have appealed to the robbers to return the sample, taken from a patient's mouth shortly after they died.

The incident has spread alarm over the safety of transporting samples of the highly virulent pathogen, which is estimated to kill around 70 percent of those it infects.

"Most of the samples collected in Guinea in recent times come to us via public transport," said Sakoba Keita, the minister in charge of the government's Ebola response in Guinea.

"We triple-package the samples and tape them up three times before putting them in the coolers. This sample was taken from the mouth of a victim in Kankan in Upper Guinea before his funeral."

Ebola, which has killed around 5,500 people in Liberia, Sierra Leone and Guinea, is spread through contact with infected bodily fluids.

"We regret this act because it represents a real danger to the population. It is a biological product considered dangerous by the (World Health Organization)," Keita added.

He said that if the sample had been thrown away somewhere with direct access to sunlight, the virus would not last for more than a week and could not become airborne.

"The real risk is that other people touch the cooler and have contact with the liquid," he added.

Promoted
Listen to the latest songs, only on JioSaavn.com
"In the meantime, we have asked the police to help us ensure that such a case never happens again."