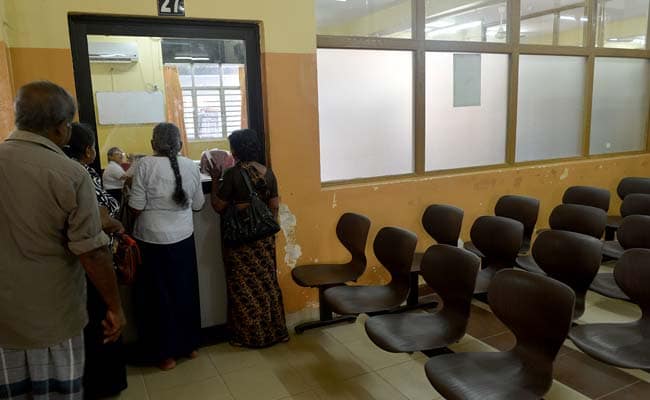 Sri Lankan people wait for treatment at an empty government hospital in Colombo, while doctors go on strike, on December 3, 2015. (AFP)

Colombo: Thousands of doctors in Sri Lanka's state-run hospitals went on strike today to demand the government reinstate their right to import tax-free cars after withdrawing the perk in the latest budget.

Sri Lanka imposes import taxes of between 200 and 300 percent on cars, but government workers have always been able to buy them at concessionary rates, a privilege withdrawn in the 2016 budget.

"We are maintaining only emergency services," said Nalinda Herath, secretary of the Government Medical Officers Association (GMOA) of the one-day strike.

"We have had talks with the health minister, but he was unable to give us an assurance to restore the permits" to import cars tax-free, he added.

Civil servants are also taking action to protest the government's decision, with a "work to rule" campaign from today.

The finance ministry said last month it was abolishing the special car permits for government workers, including police and military, because it was costing the state too much money.

The move was also aimed at stemming the practice of selling car permits to traders, who have flooded the market with luxury vehicles.