Sri Lanka Economic Crisis: Sri Lanka is in the midst of an unprecedented economic crisis that has led to severe shortages of fuel and other essentials. 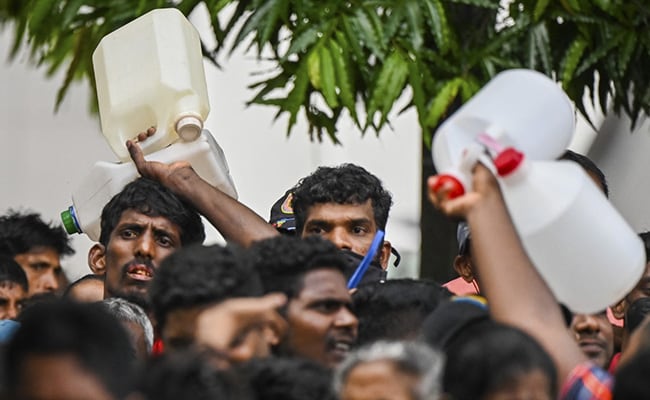 The World Bank does not plan to offer new financing to crisis-hit Sri Lanka until an "adequate" macroeconomic policy framework is in place, the global funding body has said.

The statement by the World Bank was released on Thursday, two days after the International Monetary Fund-- another financial lending body under the United Nations -- asked the cash-strapped Sri Lanka to begin debt restructuring talks with its creditors, including China, before it can hope of getting the bailout package.

The island nation of 22 million is in the midst of an unprecedented economic crisis that has led to severe shortages of fuel and other essentials.

"Until an adequate macroeconomic policy framework is in place, the World Bank does not plan to offer new financing to Sri Lanka," it said in a statement.

"This requires deep structural reforms that focus on economic stabilisation, and also on addressing the root structural causes that created this crisis to ensure that Sri Lanka's future recovery and development is resilient and inclusive," the statement added.

The World Bank said it was deeply concerned about the dire economic situation and its impact on the people of Sri Lanka.

"To help alleviate severe shortages of essential items such as medicines, cooking gas, fertiliser, meals for school children and cash transfers for poor and vulnerable households, we are repurposing resources under existing loans in our portfolio," the statement said.

The World Bank said till now about USD 160 million of funds has been disbursed to meet urgent needs.

In addition, other ongoing projects continue to support basic services, the delivery of medicine and medical supplies, school meals and tuition waivers.

"We are working closely with implementing agencies to establish robust controls and fiduciary oversight to ensure these resources reach the poorest and most vulnerable. We will continue to monitor this closely. We are also coordinating closely with other development partners to maximize the impact of our support for the people of Sri Lanka," the statement said.

Sri Lanka seeks bridging finance of up to USD 3-4 billion, the government announced in April until they can strike a bail out with the IMF.

The IMF programme has hit a snag in the form of restructuring of debt. Sri Lanka in mid April announced a debt default- its inability to meet debt payments due this year.

Legal advisors on debt have been appointed to facilitate the negotiations with the IMF.

Sri Lanka needs about USD 5 billion in the next six months to cover basic necessities for its people, who have been struggling with long queues, worsening shortages and power cuts.

The country's inflation topped 50 per cent in June after two years of money printing and an attempted float botched with a surrender requirement, which sent the rupee sliding to 360 to the US dollar from 200.