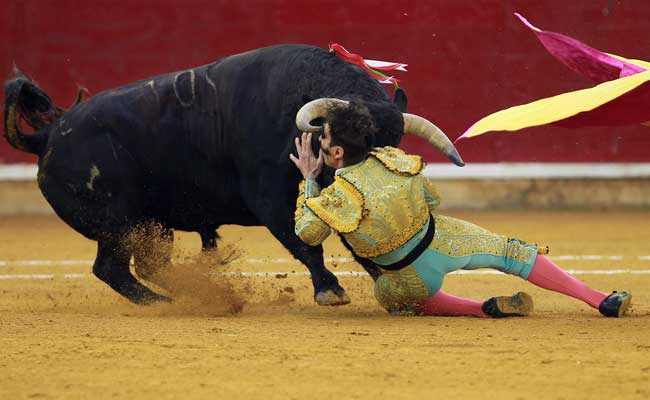 Spanish matador Juan Jose Padilla is hit by a bull during the El Pilar Feria. (AFP)

Madrid, Spain: Spain's Constitutional Court on Thursday cancelled a ban on bullfighting in the region of Catalonia, in what is likely to exacerbate tensions between animal activists and fans of the centuries-old tradition.

In a statement, the court argued that bullfighting was classified as part of Spain's heritage, and therefore a decision whether to ban it pertained to the central government and not to semi-autonomous regions like Catalonia.

It said it had declared the ban "unconstitutional and void."

Catalonia's regional parliament voted in 2010 to ban bullfighting from January 1, 2012 after animal rights groups managed to garner 180,000 signatures for a petition demanding the debate.

It was the first region in mainland Spain to ban the tradition, although the Canary Islands abolished bullfighting in 1991.

Promoted
Listen to the latest songs, only on JioSaavn.com
Critics at the time argued that more than an animal rights issue, the ban was also politically-motivated in a region with its own language, a fierce sense of identity and a desire to seek independence from Spain.