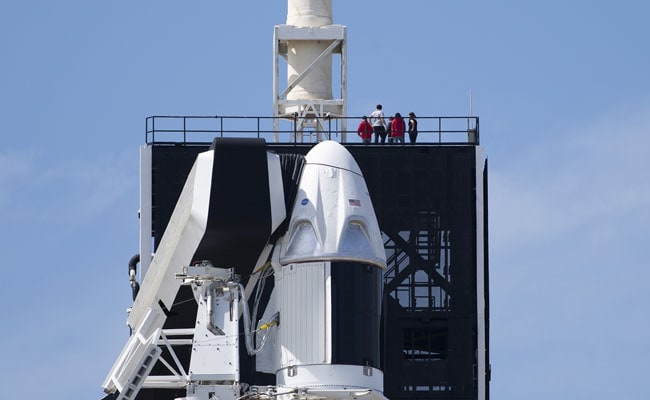 SpaceX will launch its Crew Dragon capsule from the Kennedy Space Center on Sunday.

SpaceX will on Sunday simulate its emergency abort system on an unmanned spacecraft, the last major test before it plans to send NASA astronauts to the International Space Station.

The space company of entrepreneur Elon Musk, under contract with NASA, will launch its Crew Dragon capsule from the Kennedy Space Center in Florida between 8:00 am (1300 GMT) and 2:00 pm.

This test will check the capsule's ability to reliably carry crew to safety in the event of an emergency on ascent.

One minute and 24 seconds after takeoff, at an altitude of approximately 12 miles (19 kilometers) above the Atlantic, the Crew Dragon will trigger a planned ejection from the Falcon 9 rocket carrying it into the atmosphere.

The capsule's descent into the water will be slowed by parachutes, while the Falcon 9 is expected to break up.

The rocket could explode and possibly create "a fireball of some kind", said Benji Reed, director of crew mission management for SpaceX, at a press conference on Friday.

Originally scheduled for Saturday, the test was pushed back due to high winds and rough seas in the ditching area.

Since 2011, the United States has been obliged to have its astronauts travel on Russia's Soyuz rockets, the only available spacecraft since the retirement of the American shuttles.

In March 2019, SpaceX successfully made a one-week round trip to the ISS with Crew Dragon.

The first manned flight of the capsule is expected to take place in March at the earliest, said NASA commercial flight program chief Kathy Lueders on Friday.