US astronauts Bob Behnken and Doug Hurley will gear up for the final benchmark test of SpaceX's so-called Demo-2 mission: a coordinated splashdown somewhere in the Atlantic. 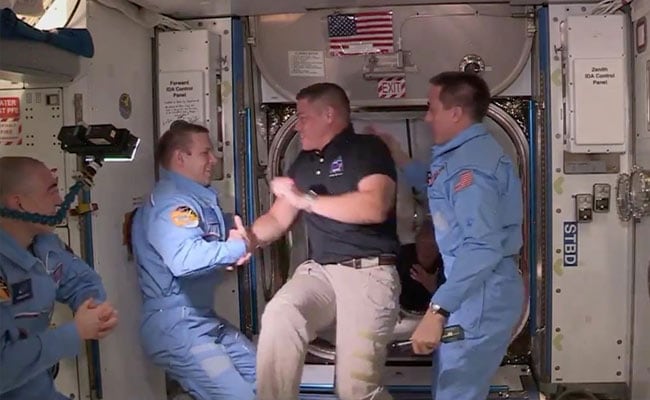 The NASA astronauts who traveled to the International Space Station in SpaceX's first crewed flight in May are expected to return to Earth on August 2 after spending two months in orbit, a NASA spokesman said on Friday.

U.S. astronauts Bob Behnken and Doug Hurley will gear up for the final benchmark test of SpaceX's so-called Demo-2 mission: a coordinated splashdown somewhere in the Atlantic Ocean that will cap NASA's first crewed mission from U.S. soil in nearly a decade.

Since 2011, when the U.S. space shuttle program ended, NASA astronauts have had to hitch rides into orbit aboard Russia's Soyuz spacecraft.

Boeing, which is producing its own launch system in competition with SpaceX, is expected to fly its CST-100 Starliner vehicle with astronauts aboard for the first time next year. NASA has awarded nearly $8 billion combined to SpaceX and Boeing for development of their rival rockets.

Behnken is gearing up for his final spacewalk on July 21 ahead of prepping with Hurley to depart the space station, NASA has said. Mission planners on Earth will be watching weather forecasts to calculate the precise time and location of Crew Dragon's splashdown, the NASA spokesman said, adding the date could slip.