Lindsay Gottlieb, who coaches the University of California at Berkeley's women's basketball team, was about to fly with her 1-year-old son. 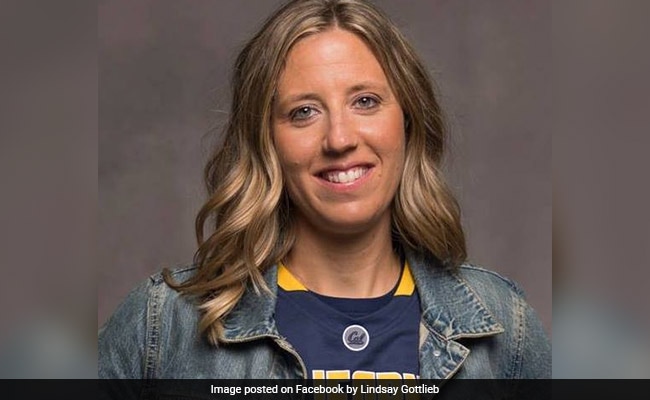 Lindsay Gottlieb reported the incident to Southwest Airlines through Twitter.

It was something perfectly ordinary: Lindsay Gottlieb, who coaches the University of California at Berkeley's women's basketball team, was about to fly with her 1-year-old son.

But her family then had what Gottlieb called an "uncomfortable and hurtful" interaction with a Southwest Airlines employee at a Denver International Airport ticket counter. On Monday, the employee asked Gottlieb to "prove" she was the mother of her biracial son, even after seeing the toddler's passport. The employee then asked for her son's birth certificate, citing "federal law" - and proceeded to ask Gottlieb if she could prove she was the mother with a Facebook post, Gottlieb wrote in a tweet Monday evening.

"We had a passport that verified our son's age and identity, and both parents were present," Gottlieb said in a statement to The Washington Post on Tuesday. "But still being pushed further to 'prove' that he was my son felt disrespectful and motivated by more than just concern for his well-being."

On Twitter, Gottlieb wrote that the employee claimed she requested further documentation of her and her son's relationship because the boy had a different last name.

"My guess is because he has a different skin color," Gottlieb wrote. She added that a mother next to her told her she had never been asked for "proof" when traveling with her child, who also had a different last name but was of the same race.

Gottlieb and her fiance Patrick Martin welcomed 1-year-old Jordan Peter Martin last May. Jordan has flown frequently with his mother and the basketball team this season, and Gottlieb wrote on Twitter that she had flown with him approximately "50 times" before.

Gottlieb reported the incident to Southwest Airlines through Twitter and said that officials quickly apologized. She said airline officials told her they would make the incident a "coaching" moment for their employees - a reference to Gottlieb's coaching job.

Southwest officials said in a statement that they contacted Gottlieb to address her concerns and that the airline apologizes "If our interaction made this family uncomfortable."

"That is never our intention," officials said.

Officials added that Southwest's policy is to verify that lap children are younger than 2 years old by reviewing a birth certificate or government-issued ID, and that employees aren't required to match the last names of a child and guardian on domestic flights.

Gottlieb said the incident made her aware that the sort of questioning she experienced was probably common among nonwhite families.

Promoted
Listen to the latest songs, only on JioSaavn.com
"While it was upsetting and emotional, I realize that this was just one day of my life where I was uncomfortable and our family was made to feel 'less than' whereas others face similar situations on a daily basis," she said. "I hope the coverage this has received can serve as a learning opportunity and that all families - regardless of how 'traditional' they may or may not look - are treated with dignity and respect."

(Except for the headline, this story has not been edited by NDTV staff and is published from a syndicated feed.)
Comments
Lindsay GottliebSouthwest AirlinesBerkeley's women's basketball team coach