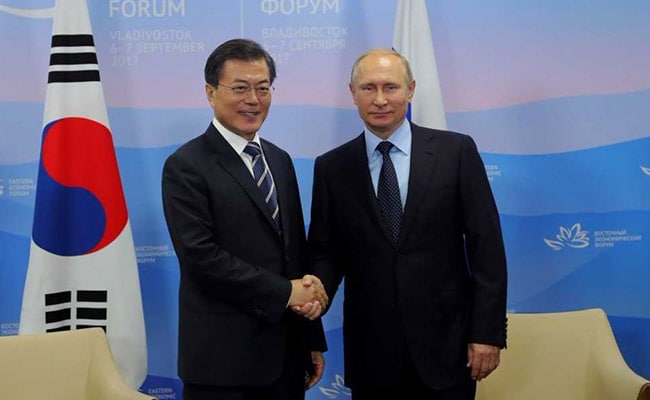 In what will be the first state visit by a sitting South Korean president to Russia since 1999, the two leaders are expected to discuss issues such as North Korea's denuclearisation and peace on the Korean peninsula, the Blue House said.

Promoted
Listen to the latest songs, only on JioSaavn.com
"We expect that the summit with President Putin will serve as a chance to further strengthen strategic communication and cooperation between the two countries as peace is developed on the Korean Peninsula," the Blue House said.
© Thomson Reuters 2018