Apocalyptic images on television and social media showed walls of flame lighting up the night, buildings engulfed in flames, and clouds of smoke billowing across hillsides during the day. 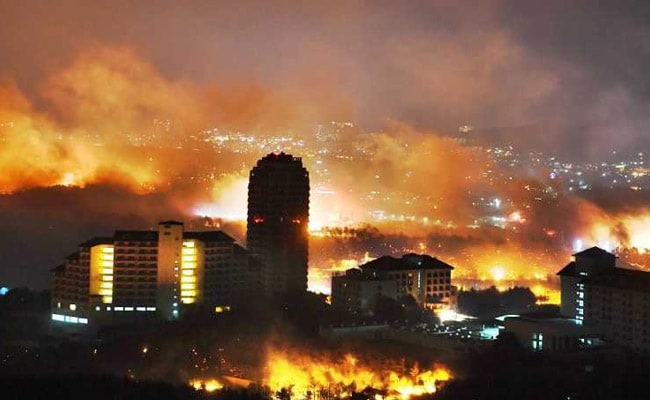 A forest fire raging near a town in Sokcho, South Korea. (AFP)

A giant forest fire swept across swathes of South Korea Friday, as authorities declared a rare national disaster, deploying 900 fire engines and tens of thousands of personnel to bring it under control.

Apocalyptic images on television and social media showed walls of flame lighting up the night, buildings engulfed in flames, and clouds of smoke billowing across hillsides during the day.

The blaze broke out late Thursday alongside a road in the town of Goseong, in the far northeast of the country and only around 45 kilometres (28 miles) from the border with the nuclear-armed North.

Fanned by strong winds it quickly spread through the mountainous area, incinerating 400 homes and 500 hectares of land, according to the government. 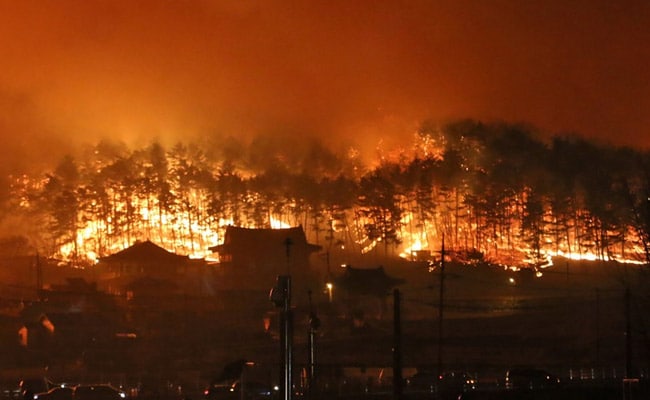 Nearly 4,000 people were evacuated and one person died, authorities said, while 11 were injured.

More than 870 fire engines and some 10,000 emergency personnel were dispatched to fight the blaze, the National Fire Agency said.

The military sent 32 helicopters, along with fire engines of its own and 16,500 soldiers, to help.

"Fortunately, the main fire has been brought under control," provincial governor Choi Moon-soon said in a radio interview with YTN, but added that others were still burning. 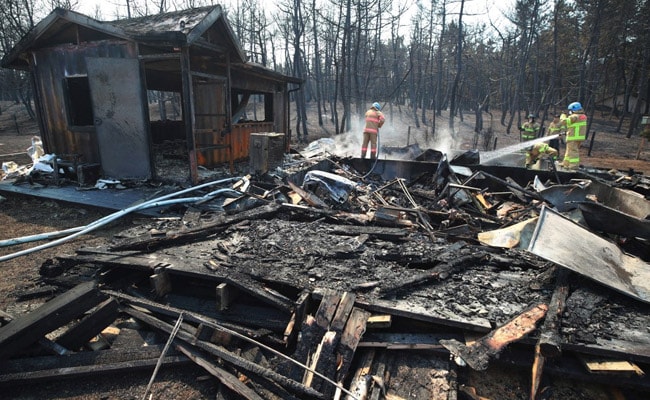 Firefighters try to put out a fire from smouldering debris. (AFP)

The central government declared a state of national disaster, entitling affected areas to special assistance including goods and equipment, and banning entry to dangerous zones.

The last time Seoul made such a declaration was in 2007, when a crude oil carrier leaked thousands of tonnes of oil into the sea off the west coast.

President Moon Jae-in told officials to take all measures necessary to battle the inferno, and to liaise with North Korean authorities if the fire approaches the border, the presidential office said.