Total solar eclipses are rare, but what is even rarer about Tuesday's event is that it occurred directly over an area of the Earth most prepared to witness and study the heavenly bodies. A rare total solar eclipse plunged a vast swath of Latin America's southern cone into darkness Tuesday, briefly turning day into night and enthralling huge crowds in much of Chile and Argentina.

Hundreds of thousands of people -- including large crowds congregated in La Higuera in Chile, a country that hosts some of the world's most powerful astronomical telescopes -- looked to the skies captivated by the breathtaking spectacle.

Thousands of people on beaches near the Chilean city of La Serena cheered and clapped at the moment when the disc of the Moon closed over the Sun and blocked it out completely for more than two and a half minutes.

"Oh my God, it's incredible," shouted some, while others chanted "more, more, more."

Many remained silent, enchanted and moved by one of nature's spectacles.

"The truth is that even if one knows what's going on, it is shocking the minute that the shadow of darkness begins to come and that silence begins," said astronomer Sonia Duffau. 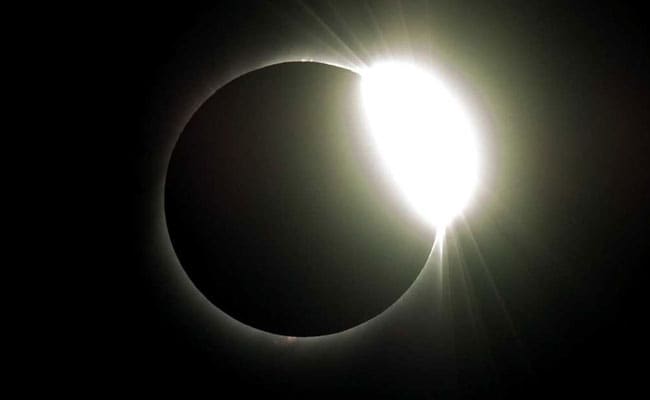 Total solar eclipses are rare, but what is even rarer about Tuesday's event is that it occurred directly over an area of the Earth most prepared to witness and study the heavenly bodies.

Chile's Coquimbo region near the Atacama desert -- festooned with some of the planet's most powerful telescopes -- was situated directly on the eclipse's 100-mile-wide "path of totality."

"Very seldom has it happened that the whole of an eclipse is seen over an observatory, the last time this happened was in '91," said Matias Jones, an astronomer at the landmark La Silla Observatory operated by the European Southern Observatory.

"I don't believe there's a better place in the world to see an eclipse than La Silla, because it is very dry, so it is almost certain that the sun will be visible," said Australian tourist Betsy Clark.

Clark and her family were among thousands who flocked to the craggy peaks around the observatory on Tuesday.

"It was an experience to last several lifetimes," said Chilean tourist Rene Serey.

An estimated 300,000 tourists had flocked to the region where dryness, crystal-clear air and little light pollution have created a stargazers' paradise.

Solar eclipses happen when the Sun, the Moon and Earth line up, allowing the Moon to cast its shadow on Earth. 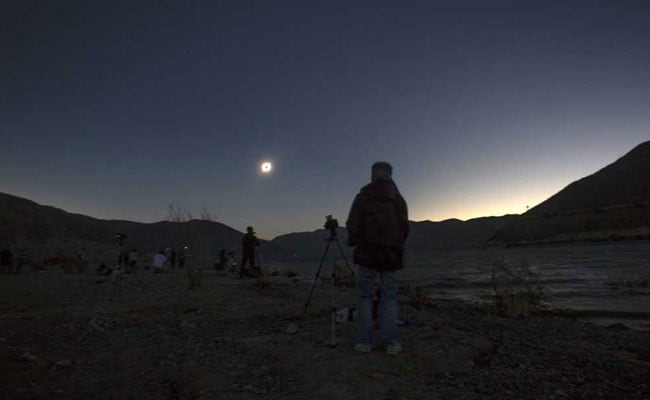 Both Chile and Argentina were situated under the narrow, 6,000-mile long band of Earth that experienced the eclipse.

"Today is a very important day and one we have waited for so long," said Pinera.

Pinera said Chile was "the capital of the world in terms of astronomy, we are the eyes and the senses of humanity, being able to look, observe and study the stars and the Universe."

The observatory and its fleet of powerful telescopes live streamed the event and opened the site to the public, hosting school tours along with talks and workshops.

In the capital Santiago, crowds flocked to downtown parks and squares to witness the event.

Over the border in Argentina, people massed to look into the sky in parks and on tourist trails in the western Cuyo wine-producing region, which had the country's longest exposure to the eclipse. 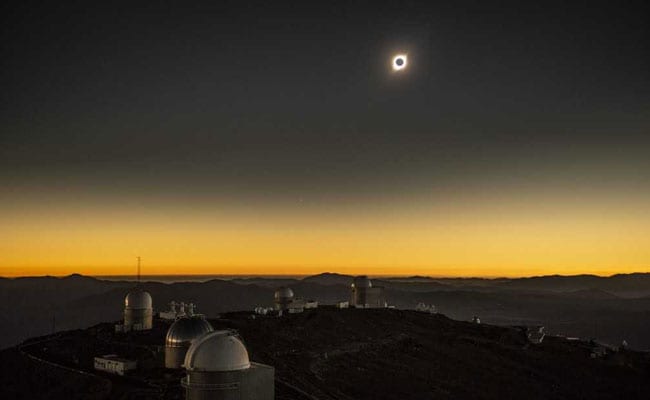 However little could be seen in the Argentine capital Buenos Aires, where overcast weather blocked the view.

La Silla was one of the first international observatories to be installed in northern Chile. Today the region has today almost half the world's astronomical observation capacity.

Scientists and astronomers will use data collected from studying the eclipse to verify some theories and carry out a series of experiments.

"Eclipses are a chance to study the outer part of the atmosphere, which is the corona, since the moon is covering the entire central part of the Sun," said Jones.

Authorities near Chile's remote observatories, who had installed a one-way traffic system to cope with the huge crowds, were left with a headache as they prepared to depart.

"The most difficult thing is the return, everything flows to the same place and in that case the infrastructure cannot cope," Chile's Public Works Minister Alfredo Moreno told local media.

The next total eclipse will be visible in southern Chile on December 14, 2020.