After a public outcry, Mandla Maphumulo handed himself to the police in the Pinetown, a town on the outskirt of the southeastern city of Durban. 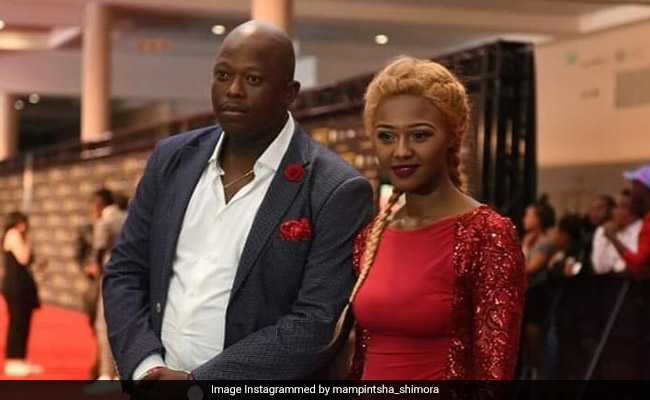 South African police said they had arrested and charged a musician on Tuesday after his pop-star lover Babes Wodumo broadcast live images on Instagram of him allegedly assaulting her.

After a public outcry, Mandla Maphumulo handed himself to the police in the Pinetown, a town on the outskirt of the southeastern city of Durban.

Maphumulo, whose stage name is "Mampintsha," was charged with assault and taken to a magistrate's court where he was granted 2,000 rand ($140) bail and ordered to return on May 15, police spokesman Vishnu Naidoo told AFP.

After his court appearance, Maphumulo told journalists that he was sorry for hitting Wodumo.

But, he said, he had been acting in self-defence after she first assaulted him.

He said he had filed a counter-charge of assault against her.

"I have been enduring violence from her," he said to reporters according to a clip on eNCA news channel.

The 24-year-old Wodumo, whose real name is Bongekile Simelane, is a celebrated performer of gqom music which blends traditional African sounds with house music.

Maphumolo is a kwaito musician -- a South African genre that bears similarity to hip-hop.

South Africa has among the highest rates of gender-based violence globally and the 38-second clip sparked a backlash from authorities, politicians and on social media.

The clip was subsequently deleted from her Instagram profile.