Smart Money Is Looking To The Bookies To Guess UK Vote 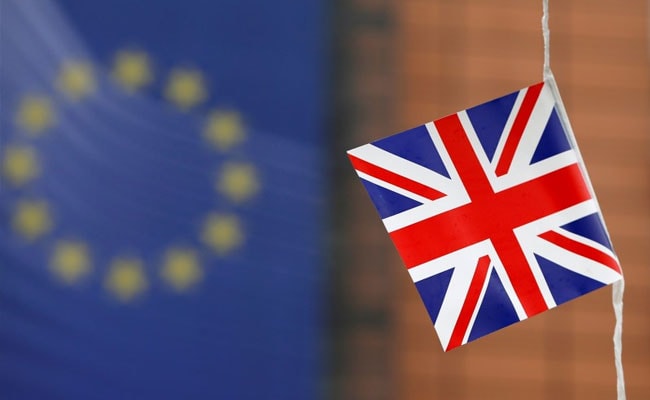 There is about a 60 per cent chance that UK voters will cast their ballots in favor of staying in the EU. (File Photo)

London: To gauge whether Britain will vote to leave the European Union, the smart money is looking to the bookies.

After polls missed badly in measuring sentiment before some of Britain's most recent votes, bookies' odds have become the point of reference for anyone trying to guess the outcome of the June 23 referendum on the country's EU membership.

And it's not just your average Joe plunking down a bill at the local betting shop. Big investors including Morgan Stanley, BlackRock and UBS have all turned to the gamblers for guidance on this seismic vote.

Pollsters failed to see the defeat of Scotland's independence referendum coming in 2014 and said last year's general election was too close to call - when in fact the Conservative Party won a clear victory.

Even so, predictions were never going to be simple: Much of the vote hinges on the undecided and on whether the wavering will feel strongly enough about the outcome to go to the polls.

"There is no version of 'don't know' with the bookies," said Bill O'Neill, head of wealth management in Britain for the Swiss banking giant UBS. "It's a clear either/or choice."

In today's world, bookmakers like Ladbrokes, Paddy Power and William Hill take wagers on everything from local elections in the London borough of Tooting to the US presidential vote, as well as the latest sporting events.

Similarly, investment firms such as IG Group offer spread betting on political issues in addition to movements in financial markets.

The bookies and investors agree: based on the flow of money into these bets there is about a 60 percent chance that UK voters will cast their ballots in favor of staying in the EU.

By contrast, the latest aggregate of public opinion polls by the respected pollster John Curtice's "WhatUKthinks.org" site, shows the electorate split 51-49 for leave - too close to call.

"Our political binaries have shown a high success rate in predicting the correct outcome in previous elections and referendums," said Matt Brief, head of dealing at IG Group, referring to trades that let investors bet on either side in a political contest.

"The pattern we are seeing is similar to the Scottish Referendum when markets remained solidly for a no victory throughout the campaign."

Investors argue that betting markets are a more accurate predictor of results because the odds are based on where people put their money, not simply on how they answer questions from a pollster.

Experts say the main problem with polls is that they ask samples of people how they would vote - a question that can shift quickly depending on which campaign lands a good punch in any given week.

Gamblers, on the other hand, analyze all the information available, incorporating polling data, and place bets on the eventual outcome. Betting is particularly popular in Britain, meaning the odds are the result of a high number of individuals' views.

"In an information age where the cost of trading is very low and so much information is available, the betting markets are going to be very efficient predictors," said Leighton Vaughan Williams, director of the political forecasting and betting research units at Nottingham Business School.

In a study published in the Journal of Forecasting, Vaughan Williams studied data related to US elections going back to 2004, and found that the bookies outperformed the polls in every case.

"Nobody can step directly into the future," Vaughan Williams said. "But your best guess as to what that future will be is given by the betting markets."

Even without their recent stumbles, pollsters would have had a tough time dealing with the EU referendum.

Britain has held very few plebiscites, and that makes it difficult for pollsters who generally look at past elections to provide clues about how people will vote in the future.

In the EU referendum, for example, there are no "safe districts" that can be used as bellwethers of opinion as there are in parliamentary elections.

Pollsters have to keep tweaking their survey groups and making adjustments. Their main problem is whether people who don't really care will take part.

Those who feel strongly are more likely to want to vote leave, said Ben Page, chief executive of the respected polling firm Ipsos MORI. So getting the balance right in the sample is a challenge when things are close.

"Polling is a mix of science and art," Page said. "There isn't much of a track record to determine how these things are going to go."

Fogging the picture further is the number of undecided, which Page estimated at between 5 percent and 10 percent of those questioned. The wavering tend to go with the status quo - in this case, remain in the EU.

I can't tell you what they're going to do in the voting booth because I'm not there with them," he said. "They're making up their minds while they're there."

But even with the markets, the discussion is about probability rather than certainty. The markets will change as the vote draws near and can be influenced by events - such as the decision by the influential Sun newspaper on Tuesday to endorse an exit, known as Brexit.

The odds have narrowed in recent days as the vote approaches. Betfair said Tuesday that while "remain" had been a solid 1/3 favorite (78 percent) last week, the odds have weakened to 4/6 (60 percent). Millions of pounds were traded overnight.

And while "remain" is a solid favorite at the moment, Vaughan Williams stressed that information could come out in the coming days that might change the market.

"Betting markets tell us our most likely future, and they are better than any other way of doing that," Vaughan Williams said. "But they are not a crystal ball.
Comments
EU referendumBookies on EU referendum