Read inOther Languages
This Article is From Sep 22, 2018

Foreign Minister Sushma Swaraj was set to meet her Pakistani counterpart, Shah Mehmood Qureshi, on the sidelines of the United Nations General Assembly in New York next week. 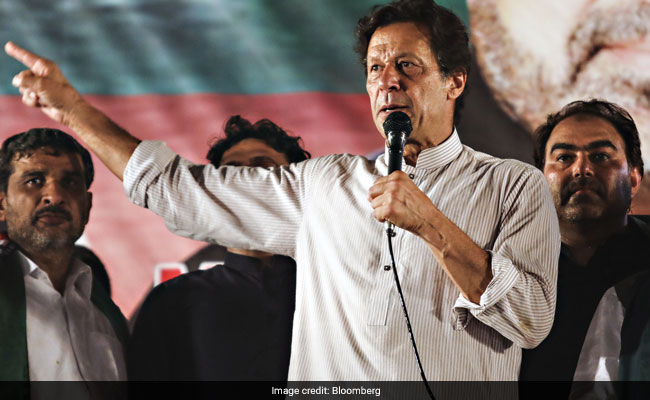 India said the killing of the three policemen had exposed the "true face" of Imran Khan.

A day after India called off foreign minister-level talks with Pakistan over the killing of three policemen in Kashmir, Pakistan Prime Minister Imran Khan on Saturday rallied against India saying the Indian administration consists of "small men" who lack vision.

"Disappointed at the arrogant and negative response by India to my call for resumption of the peace dialogue. However, all my life I have come across small men occupying big offices who do not have the vision to see the larger picture," Mr Khan tweeted.

Foreign Minister Sushma Swaraj was set to meet her Pakistani counterpart, Shah Mehmood Qureshi, on the sidelines of the United Nations General Assembly in New York next week. It was hoped that the summit would bring about a thaw in the strained bilateral ties between the two countries.

However, India cancelled the upcoming summit in the hours following the killing of three special police officers by terrorists on Friday -- stating that the "true face of Imran Khan" had been exposed. It also expressed displeasure over Islamabad releasing 20 special stamps featuring dead Hizbul Mujahideen terrorist Burhan Wani under the pretext of expressing "solidarity with Kashmir".

Mr Qureshi termed the cancellation of talks as "unfortunate", and claimed that the Indian administration took the decision "under internal pressure".

"The reasons cited by the Indian side for the decision to cancel the foreign ministers' meeting within 24 hours of its public confirmation are entirely unconvincing," a statement issued by the Pakistan Foreign Ministry read.