Toronto police said Friday that they had added a sixth charge of first-degree murder against McArthur, a 66-year-old landscaper, in connection with the 2010 disappearance of Skandaraj Navaratnam, a 40-year-old man who had been linked romantically with McArthur. 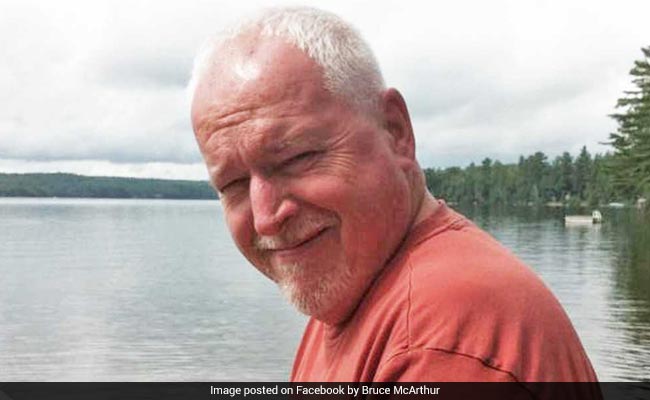 Bruce McArthur, a large man who is believed to have once worked as a mall Santa, was arrested on Jan. 18

OTTAWA: The mystery deepened this week in the case of Bruce McArthur, the man charged with killing several middle-aged men linked to Toronto's Gay Village and burying dismembered body parts in landscape planters.

Toronto police said Friday that they had added a sixth charge of first-degree murder against McArthur, a 66-year-old landscaper, in connection with the 2010 disappearance of Skandaraj Navaratnam, a 40-year-old man who had been linked romantically with McArthur, according to media reports. His remains were among the dismembered bodies of six individuals discovered at a garage where McArthur used to store his equipment.

And there may be more to come. Toronto police said last week they were investigating missing people' cases across the province of Ontario for the past 40 years, combing archives to discover possible links between McArthur and potentially more victims. And they've been in contact with police forces outside Canada as they track McArthur's travels.

Hank Idsinga, the lead Toronto homicide detective on the case, said he has "no idea" how many more victims may be left to uncover. He said the work had just begun of sifting through case files from the 1970s, 1980s and 1990s.

"There are literally dozens of missing people you could fit into the same profile that we've been looking at," Idsinga told W5, a public affairs program on the CTV network earlier this week. "I've never seen anything like it."

"This is far from over," said Michael Arntfield, a criminologist at Western University and an expert on serial killers who is not involved in the Toronto investigation. "This could be the farthest-reaching homicide investigation in Canadian history."

McArthur, a large man who is believed to have once worked as a mall Santa, was arrested on Jan. 18 in his high-rise Toronto apartment, now considered a homicide scene by police. Officers discovered a young man in restraints on a bed and acted because they feared he was in imminent danger.

McArthur was charged with first-degree murder in the disappearance of Selim Esen and Andrew Kinsman. He has since been charged in the deaths of three more men, Majeed Kayhan, Soroush Mahmudi and Dean Lisowick. All were in their 40s and 50s, and all had been reported missing, except for Lisowick, a sex worker who lived in homeless shelters.

Idsinga said at a news conference Friday that police were using fingerprints, dental records and DNA in testing the remains found in the planters and have so far identified three of the victims in that manner. He said police were continuing to investigate other properties associated with McArthur in the Toronto region and said he believed there were "multiple murder sites" involved.

Residents of Toronto's Gay Village, a stretch of several blocks downtown, have been concerned about the disappearance of gay men in the community for years, fueling speculation about the presence of a serial killer. Toronto police formed a special task force to investigate the disappearances in 2012 but closed it down 18 months later after finding no indications of foul play.

When more men began disappearing last year, Toronto police set up a new task force but continued to deny the possibility that a serial killer was at large until McArthur was arrested.

Some members of the gay community have accused police of failing to take the disappearances seriously because most of the cases concerned men of South Asian and Middle Eastern origin, some of whom hid their sexual orientation from their families.

"It is saddening and unacceptable that it took the disappearance of Andrew Kinsman [in June 2017] to reopen public interest in the cases," according to a statement released by the Alliance for South Asian AIDS Prevention, a Toronto LGBTQ group. "We strongly emphasize that racism and homophobia are systemic issues that affect every part of our society." Kinsman was white.

Toronto police have denied the allegation of discriminatory practices.

What is unusual about the case is the age of the alleged killer: 66. John Bradford, a forensic psychiatrist at McMaster University, says that sexually motivated serial killers with sadistic tendencies are very rare and most tend to be much younger. "Extremely violent recidivism approaches zero at age 60 or 70," he said.

Bradford, who is not involved in the police investigation, said he believes the slayings may have begun decades ago. The killer "could have been at it for 30 years," he said. There may have been one episode and a lag of three or five years until he found another victim, he said.

"Most serial killers begin in their early or late 20s," said Arntfield, the criminologist. Considerable focus has been placed on the fact that McArthur came out as gay in 1999 or 2000, when he left his wife and two children and moved to Toronto from the nearby city of Oshawa. That would mean he was close to 50.

McArthur grew up on a farm in small-town Ontario. After marrying a woman he met in high school, he worked for several years as a traveling salesman for men's socks and underwear.

That would be typical of many serial killers, who use the pretext of their employment to find victims and use "the anonymity of the open road" to commit their crimes and disappear. Killers who move around also benefit in that police agencies frequently don't communicate well with one another, allowing cases to fall between the cracks, Arntfield said.

Arntfield said the alleged killer's modus operandi suggests "a pretty advanced and sophisticated offender." In particular, the idea of dismembering bodies and disposing of them in planters that would be hidden in plain sight shows a degree of hubris.

"This method was done not to dispose of the victims but to enhance the thrill of the murders," he said.

Promoted
Listen to the latest songs, only on JioSaavn.com
Idsinga, the homicide detective, said he was relieved with the arrest but was still coping with the scale of the crimes.

Paraphrasing Bruce Springsteen, he told W5: "It's like you're halfway to heaven but just a mile out of hell. You want to be happy that you've brought some closure to this. But you're just surrounded by all this chaos and so you're angry at the same time."
Comments
Bruce McArthurToronto's Gay Village