The court is now fully submerged in Sitio Pariahan, and the church that was once filled with devotees is stained with moss. 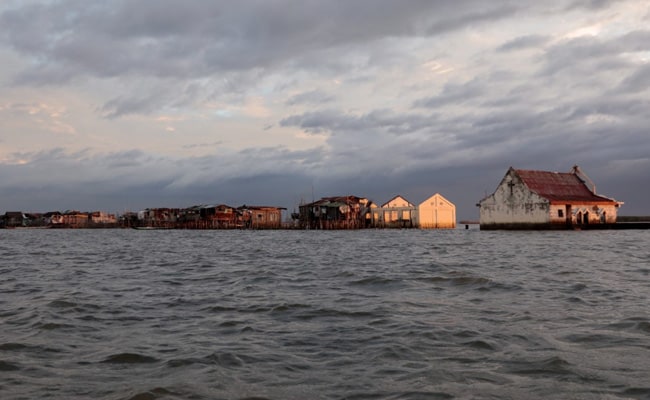 Danica Martinez, 16, grew up in a house that grows taller every few years.

Her father raises the stilts of their bamboo hut so water from the sea doesn't reach the floor. They live in Sitio Pariahan, a coastal village in the Philippines that was once an island, and is now without land.

Sitio Pariahan, about 17 km (10.5 miles) north of Manila, is sinking about 4 cm (1.5 inches) every year, owing largely to land subsidence from the population's overuse of groundwater, according to experts.

Now rising sea levels caused by global warming could soon make this village unlivable, a problem faced by other countries in Asia, where the poorest communities are hardest hit.

A deep well is the only source of water, and residents use it to bathe, clean, cook and, sometimes, even to drink.

Solar panels are installed on many rooftops for electricity, mostly to watch television that's shared between neighbours. On days that power is low, residents pass the time by gambling. 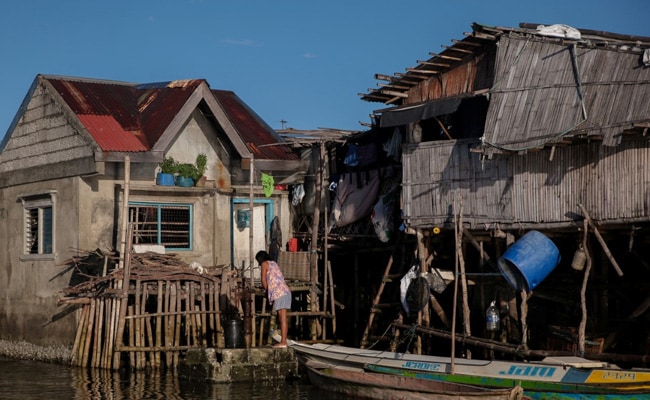 A woman pumps water from a well, the village's only source of fresh water, in the submerged coastal village Sitio Pariahan. (Reuters)

Martinez remembers that their village wasn't always like this. She recalls basketball tournaments and grand feasts that their community once held, so popular that visitors from nearby towns would flock to watch performances, and celebrate mass at the church.

The court is now fully submerged, and the church that was once filled with devotees is stained with moss.

Much of the destruction happened when Typhoon Nesat struck in 2011, bringing waves Martinez said were as big as houses.

She saw how the huts were pulled into the sea, one by one, as she and her siblings held onto bamboo poles. Their school was also destroyed, and left only with walls. More than 50 families left and never returned.

Now, Martinez and her siblings take a 30-minute boat ride to school, sometimes with uniforms drenched by big waves.

"It seems scary to look at, but you get used to living like this," she said. "It's difficult, but also fun."

Her parents rely on their boat to make a living.

"Without a boat, you are paralysed," said her mother Mary Jane Martinez, who sells crabs her husband catches to the town's market. She said life in the village was getting harder day by day, but she still preferred it to the city. 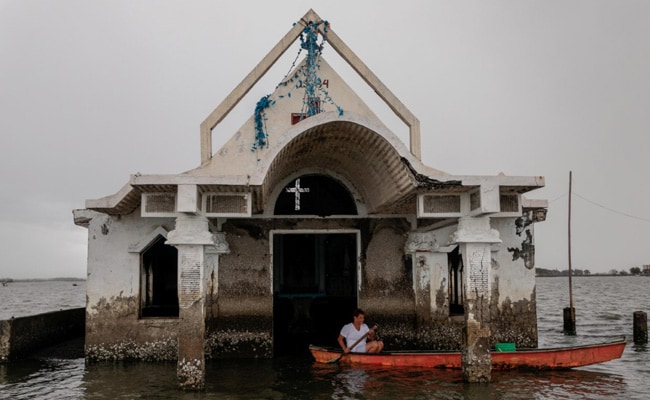 Nancy Manalaysay, 54, the church's caretaker, paddles her way out of the partly-submerged church. (Reuters)

"If you work hard here, you will survive. You only have to jump on the sea to catch food. In land, you can work hard and still not have enough," she said.

Her husband, Domingo, said leaving was not an option, because there is nowhere to go. They once tried to rent an apartment in a nearby town, but moved back shortly after.

"Our livelihood is here," he said. "If we are asked to move inland, it would be difficult to make a living. What if we become beggars there?"

Fernando Siringan, a climate change expert, has studied Sitio Pariahan closely and said some delta areas north of Manila were changing rapidly because land was subsiding and water levels rising at the same time. 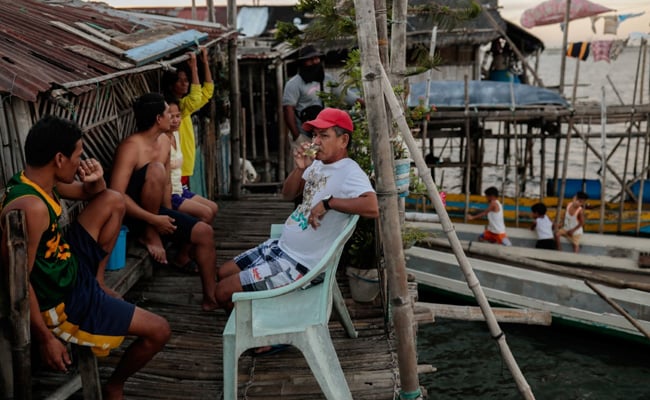 Residents socialise outside of their bamboo huts, risen on stilts, in Sitio Pariahan. (Reuters)

A UN climate change summit will be held in Madrid from Dec. 2-13, and with wildfire in the United States and Australia, and severe flooding in Europe all being linked to global warming, public pressure is rising on cost-conscious national governments to find urgent solutions.

Danica sees no long-term future in what has become like a scene from "Waterworld", a 1995 film starring Kevin Costner in which post-apocalyptic tribes live on boats and rafts.

"Someday I also want to leave and experience what it's like to live inland," she said.