Real estate agent Jenna Ryan, 50, of Frisco, Texas, began raising funds after publicly requesting but not receiving a presidential pardon from Donald Trump before he left office. She asked followers Thursday to send her money for "legal fees and losses" related to her arrest. 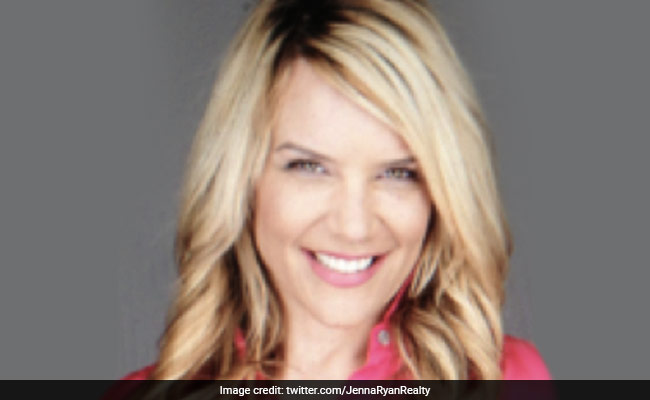 Jenna Ryan was charged on Jan. 15 with disorderly conduct on Capitol grounds.

The woman who documented herself flying via private jet to Washington, D.C., and entering the Capitol in a mob of Trump supporters is now soliciting donations for her legal defense.

Real estate agent Jenna Ryan, 50, of Frisco, Texas, began raising funds after publicly requesting but not receiving a presidential pardon from Donald Trump before he left office. She asked followers Thursday to send her money for "legal fees and losses" related to her arrest.

Ryan was charged on Jan. 15 with disorderly conduct on Capitol grounds and knowingly entering or remaining in any restricted building or grounds without lawful entry.

The broker has faced backlash since the FBI identified her in a now-deleted video from her Facebook page showing her entering the Capitol building. In addition to calling Ryan names in comments and messages, people left negative reviews on her business's page and requested that Texas's real estate licensing agency revoke her license. Ryan, who is also a life coach, said her publisher canceled a self-help book deal.

"I am being surrounded by hateful people who are calling me a racist and asking for me to go to prison for 10 or 20 years and saying all sorts of horrible mean things about me," she wrote on Twitter, adding that her computers, phone and Make American Great Again hat were "confiscated."

She claimed she has raised $1,000 through PayPal. Her account was closed on grounds it was soliciting funds for purposes other than legal defense.

"PayPal has a policy to allow fundraising for legal defense purposes," PayPal spokesperson Kim Eichorn wrote in an email. "PayPal thoroughly reviews accounts, and if we learn that funds are used for anything other than legal defense, the account will be subject to immediate closure."

Ryan is not the first person tied to the Capitol attack to fundraise for legal aid. Former Midland, Texas, mayoral candidate Jenny Cudd and Matthew Walter, a self-identified member of the right-wing group the Proud Boys, have each raised more than $900 on GiveSendGo, a Christian crowdfunding website. The site was used by the Proud Boys and other "Stop the Steal" rally participants to fund their trips to Washington, a Post investigation found.

Ryan began posting photos and videos of herself and her traveling companions as the group departed a private Denton, Texas, hangar.

Ryan told CandysDirt.com, a North Texas real estate blog, that a man she attended the rally with has a private jet. She said she works only 15 hours a week and still makes "a ton of money and sells a ton of homes."

The morning of the riot, Ryan streamed herself walking in downtown D.C. with Trump supporters whom she called "working-class people."

She repeated anti-vaccine rhetoric and espoused other baseless theories in the video and on social media.

In a video that was later viewed by federal authorities, Ryan joined the mob entering the Capitol building, according to the FBI.

Flashing a smile and a peace hand sign, Ryan posed with a photo of a shattered window with the caption "and if the news doesn't stop lying about us we're going to come after their studios next," according to court records.

Hours later, she tweeted: "We just stomped the Capital. It was one of the best days of my life."

Ryan subsequently maintained that she did not actually enter the building, and the videos she recorded were removed from her page.

After she was charged, Ryan said she hoped that Trump would pardon her.

"I just want people to know I'm a normal person," she told KTVT-TV in Fort Worth, "that I listen to my president who told me to go to the Capitol, that I was displaying my patriotism while I was there."