Shakira And Gerard Pique Confirm Separation: A Timeline Of The Relationship

In a statement, the couple said, "We regret to confirm that we are separating. For the well-being of our children, who are our upmost priority, we request respect for (our) privacy". 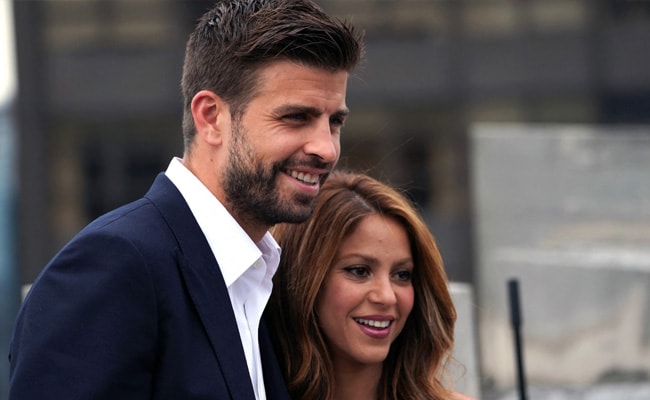 Shakira and Gerard Pique met during the 'Waka Waka' music video shoot in 2010.

Pop icon Shakira and footballer Gerard Pique were among the most well-known celebrity couples on Earth. However, after 12 years, the two have decided to call it quits.

In a statement, the couple said, “We regret to confirm that we are separating. For the well-being of our children, who are our upmost priority, we request respect for (our) privacy".

The announcement comes just days after a report by Barcelona-based El Periodic that Shakira found out that Gerard Pique was cheating on her with another woman. Rumors also suggested that the two were no longer living in the same house.

Here is a look at Shakira-Gerard Pique's relationship timeline:

2010: Shakira and Gerard Pique met during the music video shoot for 'Waka Waka', the official song of the 2020 FIFA World Cup in South Africa. That year, Spain won the World Cup.

2011: Shakira made it official. She confirmed the relationship rumors by posting a photo of both of them. The caption read, “I present to you my sunshine.” The same year, Gerard Pique kissed Shakira on stage during a concert in Barcelona. Shakira was earlier in an 11-year-long relationship with Argentine lawyer Antonio de la Rua.

After making the relationship official, in an interview with Mundo Deportivo, a Spanish Sports Daily, Gerard Pique had said, “They [the paparazzi] travel in a pack and it is a question of getting used to this new situation where you are being followed in the street. I try to take it in my stride."

2012: The couple made their first red carpet appearance together at the FIFA Ballon d'Or Gala in Switzerland. Shakira also announced her pregnancy that year. Her caption read, “I could have another nine months like this.”

2015: Shakira posted a photo of her baby bump and wrote, “Our second son arrives soon.”

2017: Shakira released her song 'Me Enamore', which translates to “I fell in love.” The number is considered to be an ode to her love story with Gerard Pique.

2020: Forbes names Shakira and Gerard Pique as one of the most powerful couples around the world.