George Pell, the most senior Catholic clergyman ever found guilty of child sex abuse, faces a maximum 50 years in prison for assaulting two choirboys in a Melbourne cathedral in 1996-97. 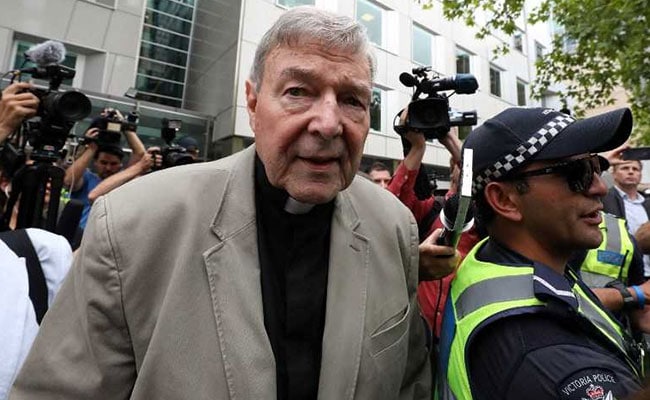 George Pell was found guilty by a jury in December

The sentencing of Australian Cardinal George Pell for child sex crimes will be broadcast live Wednesday in a rare move by the local judiciary, which had kept his trial under wraps for months with a draconian gag order.

Pell, the most senior Catholic clergyman ever found guilty of child sex abuse, faces a maximum 50 years in prison for assaulting two choirboys in a Melbourne cathedral in 1996-97.

The 77-year-old Australian was found guilty by a jury in December, but a suppression order from county court Chief Judge Peter Kidd prevented media from reporting the case until late February, when prosecutors withdrew plans to hold a second trial.

The controversial suppression order had banned any reporting on Pell's case since June 2018.

In support of the principles of "open justice", the Melbourne court said Tuesday it would allow national broadcaster ABC to shoot live video showing Justice Kidd reading out his sentencing remarks.

No-one else in the courtroom, including Pell who is currently in custody, will be filmed.

"The County Court is committed to the principles of open justice. Chief Judge Peter Kidd's sentencing remarks in this matter will be broadcast live," a County Court spokesman said in a brief statement.

Australian courtrooms rarely allow live broadcasts of court proceedings, and this is believed to be the first time the County Court in Melbourne is allowing such a move.

Pell has already lodged his leave to appeal the guilty verdict, with the hearings in the Court of Appeal scheduled to be heard on June 5-6.