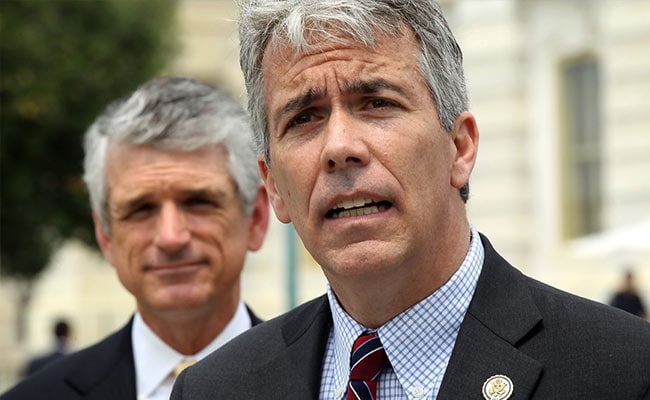 Joe Walsh has challenged Donald Trump on grounds of character, competence and conservatism.

A second Republican on Sunday entered the fray to battle Donald Trump for the party's presidential nomination in 2020 -- an indication of the simmering dissent and division among GOP faithful.

Former Illinois congressman Joe Walsh, 57, threw his hat in the ring in an appearance on the weekly US political talk shows, joining moderate former Massachusetts governor Bill Weld, who announced his candidacy in April.

Walsh was a foot soldier in the Tea Party revolution of 2010, helping push the Republican establishment in a more radical, anti-immigrant and populist direction -- opening the door for Trump's eventual ascent to seize the nomination in 2016 in defiance of the party's mainstream.

Following his unusual rise to power, the president now presides over a solid base of support that seems nearly impervious to the controversies he constantly generates.

But Walsh, who is now a conservative talk radio host, says he is ready to do battle.

"I'm running because he's unfit. Somebody needs to step up and there needs to be an alternative," Walsh said on ABC's "This Week."

"The country is sick of this guy's tantrums. He's a child."

A small but vocal camp of "Never Trumper" Republicans has hoped to recruit a political heavyweight to take Trump on -- if not to deprive him of the nomination, then at least to highlight their doubts and show that his domination of the party is not complete.

Along with Weld and Walsh, a handful of other Republicans have indicated interest in a challenge to Trump.

They include former South Carolina governor Mark Sanford, who has said he will decide by early September, and former Tennessee senator Bob Corker.

Another Republican moderate, former Ohio congressman John Kasich -- the last Republican to oppose Trump in the 2016 primaries -- has often been mentioned.

Walsh said the reason more Republicans were not publicly opposing Trump was that "they're afraid. Because they're scared to death."

So far, neither Walsh nor Weld is given much chance of wresting the nomination from the incumbent -- the RealClearPolitics website shows Trump with an overwhelming poll lead of 72 points over Weld.

Walsh challenged Trump on grounds of character, competence and conservatism.

Walsh called Obama a "traitor" but now says he regrets the "ugly politics" of the past.

"I think that is terrific," he said. "It's going to be a more robust conversation."

Like Walsh, he was unsparing in his criticism of Trump, blasting him for "his extreme malignant narcissism" and saying the president is "only happy when other people are losing."

Trump's domination of his party is so complete that other leading Republicans who have been among his sharpest critics -- including former Massachusetts governor Mitt Romney, the party's presidential nominee in 2012 -- seem to have given up hope.

In 2016, Romney delivered a stinging critique of candidate Trump, decrying "the bullying, the greed, the showing off, the misogyny, the absurd third grade theatrics" of the New York real estate mogul.

But "my slice of the Republican Party these days is about that big," Romney wryly told the Salt Lake Tribune last week, holding his hands closely spaced.

Trump is not the first sitting American president to face a primary challenge.

In 1980, Jimmy Carter had to battle to the end of the primary season before prevailing against Senator Ted Kennedy.

Both presidents won their party's nomination but lost in the general election -- Carter to Ronald Reagan, and Bush to Bill Clinton.

(Except for the headline, this story has not been edited by NDTV staff and is published from a syndicated feed.)
Comments
Joe WalshDonald TrumpUS Presidential Election 2020