Read inOther Languages
This Article is From Aug 11, 2018

The plane crashed minutes after taking off from Seattle-Tacoma International Airport, with two USAF F-15 jets on pursuit 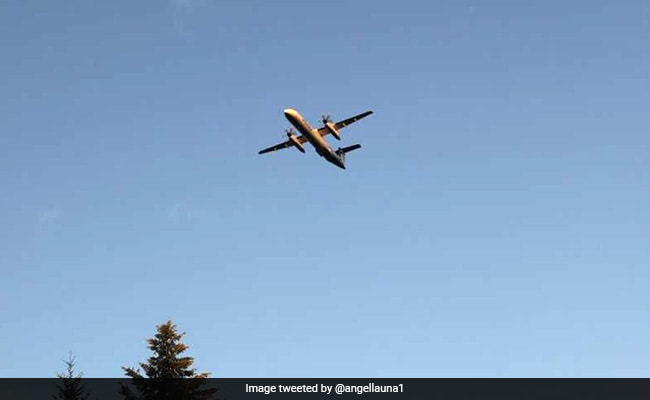 Alaska Airlines on Twitter said the airplane was a Q400 airplane belonging to Horizon Air.

A plane suddenly took off from Seattle-Tacoma International Airport today morning before the passengers could board and without taking permission to depart, creating a major scare, as US Air Force jets scrambled to intercept the twin turboprop aircraft.

The plane crashed minutes after flying away from the airport, with two USAF F-15 jets on pursuit.

The Pierce County Sheriff's Department said the crash was not a terrorist incident, and the man who piloted the Alaska Airlines plane was a 29-year-old "suicidal male" who lived in Pierce County.

Some dude stole a plane from #Seatac (Allegedly), did a loop-the-loop, ALMOST crashed into #ChambersBay, then crossed in front of our party, chased by fighter jets and subsequently crashed. Weird times. pic.twitter.com/Ra4LcIhwfU

"We've confirmed a Horizon Air Q400 that had an unauthorized takeoff from SeaTac around 8pm has gone down near Ketron Island in Pierce County, WA," the US airline tweeted.

The sheriff's department said they were working to conduct a background investigation on the man, whose name was not immediately released. The man could be heard on audio recordings telling air traffic controllers that he is "just a broken guy", news agency Press Trust of India reported, quoting foreign media.

"Most terrorists don''t do loops over the water," Sheriff Paul Pastor said. "This might have been a joyride gone terribly wrong."