Students from all-male Covington Catholic High School, Kentucky were in Washington for an anti-abortion rally when they were filmed surrounding Nathan Phillips and mocking the Native American's singing and drumming 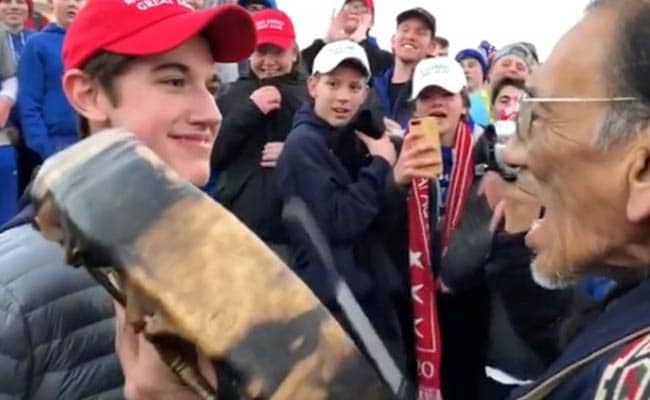 A Catholic school in Kentucky condemned a group of its students, many of whom wore "Make America Great Again" hats, after they were recorded harassing a Native American Vietnam veteran in a video that went viral on Saturday.

The students from private, all-male Covington Catholic High School in northern Kentucky were in Washington for an anti-abortion rally on Friday when they were filmed surrounding Nathan Phillips and mocking the Native American's singing and drumming.

One teen in particular is seen standing in front of Phillips, staring into his face with a smile. Fellow students, many in clothing bearing President Donald Trump's "MAGA" slogan, cheered him on and chanted, "build that wall, build that wall," Phillips said.

The footage was shared online by organizers of an indigenous peoples' march that also took place on Friday.

In a joint statement, the high school and Diocese of Covington condemned the actions of the students "towards Nathan Phillips specifically, and Native Americans in general."

"The matter is being investigated and we will take appropriate action, up to and including expulsion," the statement said. 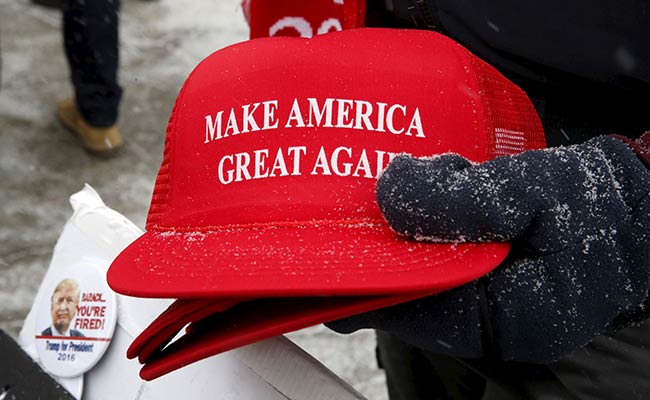 In a separate video uploaded to social media, the 64-year-old Phillips, an elder of Nebraska's Omaha tribe, wiped away tears as he described the incident.

"I heard them saying 'build that wall, build that wall'. These are indigenous lands, we're not supposed to have walls," he said. "I wish I could see that energy of that young mass of young men, put that energy into making this country, really, really great, helping those that are hungry."

Phillips is a well-known Native American activist who was among those leading the Standing Rock protests in 2016-2017 against the construction of an oil pipeline in North Dakota.

He holds an annual ceremony at Arlington National Cemetery to honor Native American veterans, according to media reports.

Phillips could not be reached for comment on Saturday.

Democratic US Congresswoman Deb Haaland, a member of New Mexico's Laguna Pueblo tribe, said on Twitter that Phillips had risked his life for his country, and that the students showed "blatant hate, disrespect, and intolerance".

Covington Mayor Joe Meyer, a Democrat, said the "appalling" footage had rightly inspired "a tidal wave of condemnation" and that his town was now being linked with "intolerance and ethnic intimidation" because of the boys' actions.

"The videos being shared across the nation do NOT represent the core beliefs and values of this city," he said in a statement.

Alison Lundergan Grimes, the Democratic secretary of state for Kentucky, said the children were not solely to blame.

"I turn to the adults and administration that are charged with teaching them, and to others who are silently letting others promote this behavior," she said on Facebook.