If Crown Prince Mohammed Bin Salman's enemies aren't sweating it much, his allies are showing signs of alarm. From the Arab Sunni world, the natural sphere of Saudi influence, to the U.S. and Europe, diplomats have dissociated themselves from the kingdom's ventures or come out against them. 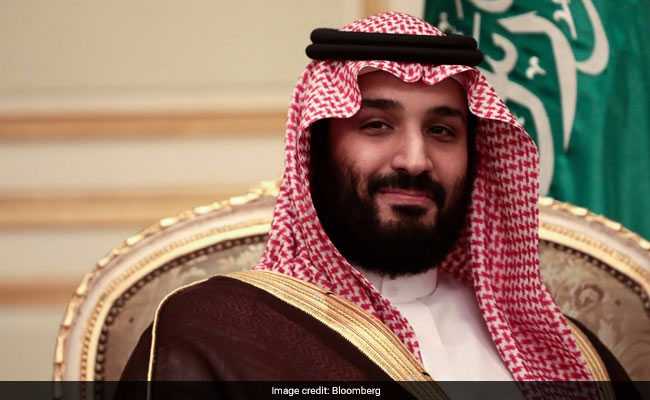 Trending on Saudi social media last week was a clip of Crown Prince Mohammed Bin Salman promising to go on the offensive against his country's biggest rival and take the fight "inside Iran."

The eight-month-old TV interview had taken on a new significance: Violent protests were spreading across Iran. It's not clear whether Saudi Arabia helped stir them up, as the Islamic Republic's leaders claimed. What is clear is that the de facto Saudi ruler has made several regional moves against Iran -- and has yet to score a win.

If the prince's enemies aren't sweating it much, his allies are showing signs of alarm. From the Arab Sunni world, the natural sphere of Saudi influence, to the U.S. and Europe, diplomats have dissociated themselves from the kingdom's ventures or come out against them.

That made 2017 a mixed year for the leader known as MBS. At home, he shunted rivals aside, cementing an unprecedented rapid rise to power. But in Yemen, Qatar and Lebanon, regional countries where the Saudis seek leadership and perceive a challenge from Iran, his initiatives have foundered.

"MBS approaches domestic and regional politics in a similar, bold fashion," said Hani Sabra, founder of New York-based Alef Advisory. "Domestically, this has worked well for him. He's outmaneuvered many influential relatives." Abroad, the approach "is creating and intensifying risks," he said.

The risk from the war in Yemen has been brought home to Saudi cities. The Houthi rebels, said by the Saudis to have Iranian backing, have fired two missiles at Riyadh since November. While causing little damage, they served as a reminder that after almost three years of bombardment, the enemy -- mostly ragtag fighters wearing sandals and carrying AK-47s -- hasn't been subdued.

The Saudis haven't found it easy to draft their allies into that fight. Egypt, for example, heavily dependent on Saudi cash, showed little enthusiasm for sending its soldiers to Yemen -- or for Prince Mohammed's wider plan to combat Iran.

In Lebanon, the prince's intervention was political, not military. The unexpected resignation of Prime Minister Saad Hariri during a visit to Riyadh in November was seen as a Saudi bid to weaken Iran's Lebanese ally, Hezbollah. Hariri, a Saudi client, had been governing in coalition with the Shiite militia; now he denounced it as a mortal threat.

The power-play backfired. Hariri ended up returning to his job, and even Lebanese Sunnis were critical of strong-arm Saudi tactics. Allies in Europe and the U.S. weren't happy either. French President Emmanuel Macron intervened directly on Hariri's behalf. Secretary of State Rex Tillerson, in an unusual rebuke, said Saudi Arabia should "think through the consequences" of its actions.

Tillerson cited Yemen, Lebanon -- and Qatar, the target of a Saudi-led economic embargo since June. The measure was intended to punish the Gulf monarchy for offenses including its cordial ties with Iran.

Those relations have only deepened under the boycott. Qatar is threatening legal action to seek damages from the Saudis. Meanwhile Kuwait and Oman, fellow members of the club of Gulf monarchies, have expressed unease at the assertive new style of Saudi leadership. And Turkey, a powerful Sunni country once close to the Saudis, has taken Qatar's side, using the dispute as a chance to forge closer military and commercial ties.

Prince Mohammed, who's called Iran's supreme leader "the new Hitler of the Middle East," has been emboldened by the alliance he's forged with U.S. President Donald Trump, based on shared antagonism toward Iran.

Yet the Saudi leader runs the risk of overplaying his hand, especially if he tries to use the Iranian protests as an opportunity to weaken the regime in Tehran, according James Dorsey, a Middle East specialist at Singapore's Nanyang Technological University.

"Iran would no doubt want to avoid a direct confrontation," but it has the ability to retaliate through proxies in Lebanon and Iraq, and to foment unrest among Shiites in Bahrain and inside Saudi Arabia itself, Dorsey said.

Also, the Saudi pushback is dependent on U.S. efforts to contain Iran, he said -- "an increasingly risky strategy" given that Trump has little international support. After recognizing Jerusalem as Israel's capital, and with a series of deadlines looming that may lead Washington further away from the global consensus on the Iran nuclear deal, the U.S. is becoming isolated.

Domestically, Prince Mohammed has had more success advancing his agenda. He argues that a drastic economic overhaul is essential to end decades of oil dependence.

As well as securing his own position as undisputed heir to his father King Salman's throne, the prince has launched an anti-corruption campaign, detaining dozens of elite businessmen. He has relaxed some of the kingdom's strict religious rules and outlined plans to sell state assets, bolster private industry and trim public spending.

Similar motives may underlie the new foreign policy. Prince Mohammed is scrapping a tradition of "checkbook" diplomacy that didn't get results, according to Ali Shihabi, executive director of the Arabia Foundation in Washington, who's close to the Saudi government.

"Saudi leaders funneled billions in aid to friends, many of whom used that money to bankroll their own agendas," Shihabi said in an e-mail. In the face of rapidly growing threats, he said, "the king and the crown prince concluded that Saudi Arabia could no longer rely on outdated policies."

But the near-absolute power that Prince Mohammed enjoys in the kingdom doesn't extend beyond its borders. He may not be sensitive to the different approach required in foreign policy, according to Sabra.

"MBS is either not acutely aware of, or doesn't care about the details of the domestic conditions in the region's other states," he said. "This is often at the root of the problems."

Arab strongmen of the past have found out the hard way that domestic success -- consolidation of power and wealth, marginalization of enemies -- didn't allow them to reshape the Middle East the way they hoped.

Egypt's Gamal Abdel Nasser was unable to win a war in Yemen, and then suffered a shattering defeat at Israel's hands in 1967. Saddam Hussein ruled Iraq for decades; his ventures abroad, including the 1980 attack on Iran and the 1990 invasion of Kuwait, ended in bloody failure.

Prince Mohammed, who's 32, may be attempting to differentiate himself from previous Saudi leaders and from his 81-year-old father, according to Paul Pillar, a former CIA officer who's now a professor at Georgetown University.

Promoted
Listen to the latest songs, only on JioSaavn.com
"MBS probably feels urgency to make a mark -- to show that he is in charge, and to show that he is not a young pushover," Pillar said. "This implies a greater need than other leaders might have to take risks. Greater risks means more opportunities for failure."