The sisters are the latest example of Saudi women plotting their escape from the ultra-conservative kingdom only to find themselves dodging officials and angry family members at every turn. 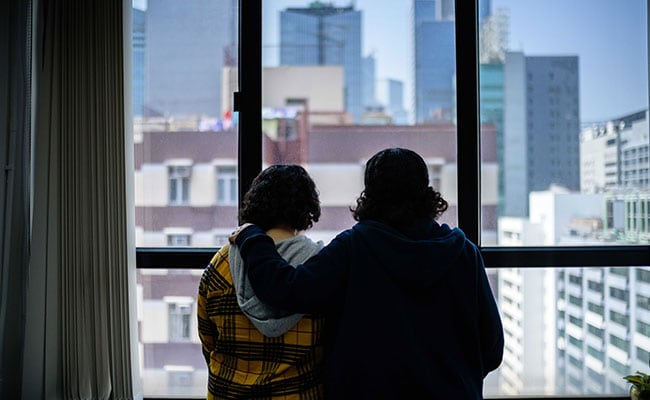 The two Saudi sister have adopted the aliases Reem and Rawan. (AFP photo)

Two Saudi sisters trapped in Hong Kong say chronic physical abuse by male family members prompted them to flee the kingdom, where they now fear they will be forcibly returned.

The siblings are the latest example of Saudi women plotting their escape from the ultra-conservative kingdom only to find themselves dodging officials and angry family members at every turn, as the country battles criticism of its human rights record.

The young women, aged 20 and 18, found themselves marooned after Saudi consular officials allegedly intercepted them during a stopover at the city's airport and later revoked their passports.

The pair, who have adopted the aliases Reem and Rawan, described a deeply unhappy upbringing in a middle-class Riyadh household.

They claim they were beaten by their father when they were young, and by their brothers when they got older, for small transgressions such as waking up late for prayer.

"They started to beat me... my father didn't really stop them. He thinks that this is what makes them men," Reem told AFP.

Even their 10-year-old brother participated and began to police the way they dressed, they say, chiding them for removing their niqabs when dining out.

"He was only a child but he learned this from his brothers and from his father and from all the men around him, that this is the good way to be a man and to deal with women," Reem said.

They decided to bolt for freedom during a family holiday overseas, when their passports would be kept in their parents' bag instead of a safe -- and when they would not need permission from a male guardian to travel abroad.

They started planning for the trip two years ago to coincide with Rawan's 18th birthday, so that she could apply for a visitor's visa to Australia on her own.

The opportunity arrived last September, when the family travelled to Sri Lanka for vacation.

While their parents were sleeping, the sisters retrieved their passports and boarded a flight from Colombo to Hong Kong.

But trouble awaited them at the other end. They claim they were obstructed by several unknown men at the city's airport, including one who tried to trick them into boarding a plane back to Riyadh.

They said their onward flight booking to Melbourne had been cancelled and later learned the man was Saudi Arabia's consul general in Hong Kong.

The sisters suspect their father tracked their movements using Absher, a controversial mobile app that operates as a portal to Saudi government services but also allows men to keep tabs on female relatives. 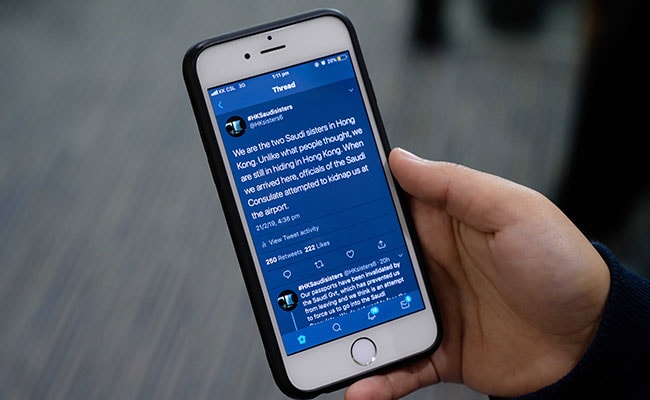 Critics say the app enables abuse against women, with US lawmaker Ron Wyden urging Google and Apple to remove it from their smartphones.

The sisters say their passport information was stored in the app and may have been used by their parents to track down the flights they booked.

They also believe their uncle may have helped mobilise consular officials through his government connections.

Fearing they were about to be "forcibly abducted", the sisters entered Hong Kong as visitors.

The pair have lived in hiding in Hong Kong for nearly six months since and have changed locations 13 times for fear of their safety -- hotels, hostels, private homes, and even a boat one night, they say.

They also claim police attempted to take them to meet with male relatives and Saudi officials.

Hong Kong's security minister John Lee said Friday that "police have received two separate reports, one regarding missing person(s) and one regarding request for investigation". He declined to elaborate further.

Immigration authorities said they would "not comment on individual cases".

The sisters' concerns deepened after they learned from their lawyer that their passports were revoked in November, leaving them stateless.

The Saudi consulate in Hong Kong did not respond to requests for comment.

But the sisters say they are fearful of being returned to Saudi Arabia and facing their family's wrath.

We're #ReemandRawan and this is not our real names. #HKSaudisisterspic.twitter.com/i2oaQkyMKV

"Either we will be killed because they want to clear (the) shame we brought as women who left by their own, or they will force us to marry... our cousins", said Reem.

They say they have renounced Islam and fear the death penalty if they return home.

Apostasy or blasphemy is punishable with jail or death sentences in some Muslim countries, including Saudi Arabia.

Such cases appear to be on the rise, with the sisters' story emerging a month after 18-year-old Saudi woman Rahaf Mohammed al-Qunun drew global attention with her dramatic escape from an allegedly abusive family, gaining refugee status in Canada.

Michael Vidler, a lawyer for the pair, said Hong Kong immigration authorities have indicated the pair would be "tolerated" in the city until February 28, after which they could be deported.

They are now hoping to be granted asylum in a third country.

While their time in Hong Kong has been marked by anxiety and a poor diet -- at one point subsisting on instant noodles and toast for a month -- they looked calm when they met AFP, wearing hoodies, jeans and sneakers.

"My hope for the future is to settle down, to have a normal life... when we were in Saudi Arabia, we were locked in the house every day," Reem told AFP.

"We don't even meet our friends, we don't go out, we don't have any hobbies outside... So I just want to do everything that I can do in life," she said.

Reem, who studied English literature in university, hopes to become a writer and counts George Orwell's dystopian novel 1984 among her favourite books.

"Literature has helped me to understand my reality," she said.

"The funny thing is, (1984) is only science fiction but it's really happening in Saudi Arabia -- your whole life is being controlled by the government."

Do Vaccinated People Need To Go Back To Masking? What Experts Say