No reason was given for the changes, which were announced in a series of late-night royal decrees approved by King Salman on Monday. Several civilian officials, including deputy ministers, were also replaced. 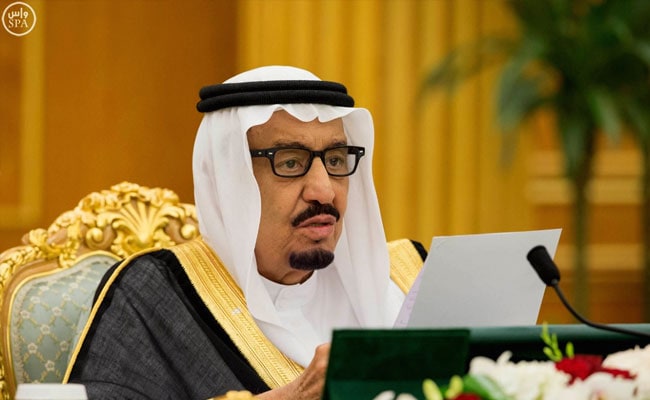 Saudi Arabia replaced several top military commanders including the chief of staff and the heads of ground and air forces, the latest overhaul of traditional power centers in the oil-rich kingdom.

No reason was given for the changes, which were announced in a series of late-night royal decrees approved by King Salman on Monday. Several civilian officials, including deputy ministers, were also replaced.

The Saudi military heads a coalition that's been struggling for almost three years to regain control of Yemen from rebel fighters with ties to Iran. That intervention is part of a more assertive regional policy pursued by Salman since he ascended to the throne three years ago.

The king and his son, Crown Prince Mohammed bin Salman, known as MBS, have also sought to tighten their grip at home -- consolidating powers that were once shared out among an extended royal family. Senior princes and prominent businessmen were arrested in November as part of an anti-corruption campaign. A new generation of bureaucrats close to the crown prince have been installed in senior posts.

The military overhaul may be part of that drive, according to Paul Sullivan, a Saudi specialist at Georgetown University in Washington. "It looks like the King and MBS want things to go in some new directions," he said. "They may want more energetic and younger people to keep the pressure on Iran, in Syria and Yemen."

Saudi-backed forces in Syria have largely been defeated by President Bashar al-Assad's army, supported by Russia and Iran. In Yemen, the Saudis intervened in March 2015 to restore the internationally recognized government and roll back advances by the Houthi rebels, who'd taken control of the capital, Sana'a, and other cities. The conflict has been described by United Nations officials as among the world's worst humanitarian crises.

The changes to the armed forces were announced as Saudi officers and executives from dozens of global defense companies gather in the capital Riyadh for an arms fair.

Creating a domestic defense industry is a key goal of the kingdom's plan to overhaul its economy and reduce its dependence on oil. In another decree Monday, the king approved a plan setting out a "vision and strategy" for the development of the Defense Ministry, according to the official Saudi Press Agency.

Promoted
Listen to the latest songs, only on JioSaavn.com
King Salman also announced new personnel at several ministries, including the appointment of a woman as deputy minister for labor and social development. The government's press office said that some military positions will be available to women for the first time.