The detentions on grounds of corruption -- seen by some as a power grab by 32-year-old Crown Prince Mohammed bin Salman -- have ended a system by which kings maintained stability in the world's largest oil supplier by parceling out powers to different branches of the family. 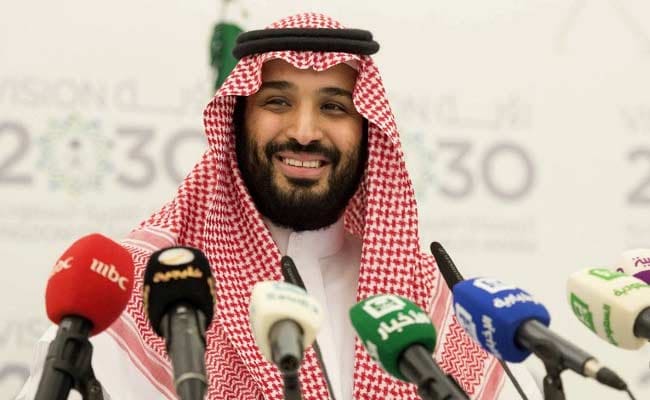 Two weeks ago, Saudi Arabia's powerful crown prince hosted some of the world's leading investors at the palatial Ritz-Carlton hotel in Riyadh. Days later, he upended the country's historical power structure by turning the property into a luxury prison for dozens of the kingdom's most prominent princes and businessmen.

The detentions on grounds of corruption -- seen by some as a power grab by 32-year-old Crown Prince Mohammed bin Salman -- have ended a system by which kings maintained stability in the world's largest oil supplier by parceling out powers to different branches of the family. The jettisoning of limitations on the king's power may free his successor to enact much-needed social and economic changes, but it also creates fertile ground for discord and leaves Saudi Arabia's ruler without a system of constraints.

"The king was certainly first among equals, but power was shared," said Professor Gregory Gause, a Saudi specialist at Texas A&M University. "This system had the vices of committees -- slow, ponderous, sometimes missing opportunities, conservative, risk-averse. But it also had the virtue of committees -- cautious, avoiding major mistakes, checking impetuous decisions.

"When one person rules, the checks on decision-making disappear," he said.

Authorities haven't substantiated the corruption allegations, though graft is pervasive in the kingdom and some applauded the crackdown. Attorney General Saud Al Mojeb said Thursday that at least $100 billion had been misused "through systemic corruption and embezzlement" over several decades.

The weekend's developments have made it easier for Prince Mohammed to pursue his plan to overhaul Saudi's oil-reliant economy and step up a regional power struggle against Iran, which includes a military offensive in neighboring Yemen, a campaign to isolate Qatar and a warning Tuesday against travel to Lebanon, whose prime minister's resignation over the weekend is seen by some as engineered by Riyadh. The broad nature of the shakeup has unnerved some investors at a time Saudi Arabia wants to attract foreign money.

"It isn't that they arrested senior princes that concerns international investors," Crispin Hawes, a managing director at Teneo Intelligence, a political risk consulting firm in London, said in a phone interview. "Until there is some clarity on charges or possible penalties, investors don't know the risks of doing business with major Saudi partners."

The purge, and the kingdom's deepening feud with Iran, spurred a selloff of almost $18 billion across Gulf stock markets through Wednesday. The decline cut the combined market capitalization of bourses in the six-nation Gulf Cooperation Council to $900 billion, the lowest level in a year, according to data compiled by Bloomberg.

Some investors saw the crackdown as presenting an opportunity. Sam Zell, chairman of real estate firm Equity Group Investments, said the arrests were "long overdue" in a country that has been "in many ways resisting modernization," and that he's personally more likely to invest there as a result.

Though this is "very dramatic and very scary to a lot of people, I don't think Saudi Arabia has any option," the billionaire investor said in an interview on Bloomberg Television on Tuesday.

The fallen mighty include billionaire Prince Alwaleed bin Talal, who has stakes in Citigroup and Twitter; Mohammed Al Amoudi, who controls investments across Africa, Europe and Saudi Arabia; and Jeddah-based businessman Saleh Kamel. Authorities swiftly followed up the arrests by freezing the bank accounts of dozens of detainees.

"It's quite plausible they have been involved in questionable activities, but it heightens uncertainty for all other businesses and ministers in an environment where many are already concerned about the fast pace of change," said Steffen Hertog, a professor at the London School of Economics.

Even before the weekend purge, Prince Mohammed had already taken control of the Defense Ministry, the central bank and oil giant Aramco, which bankrolls the country.

"There are bound to be other royals who are resentful and will try to act on their resentment," said Paul Pillar, a professor at Georgetown University in Washington and former CIA officer. "To try to consolidate his position in the face of opposition, MBS will take high risks, some of which will hurt the kingdom's interests when they backfire."

Prince Mohammed's planned shakeup of the economy will rely heavily on his ability to break the power of the clergy, whose influence was enshrined in a 1774 pact adopting the austere Wahhabi interpretation of Islam. He's already weakened the religious police, announced plans to lift a ban on female drivers in June next year and at the Ritz last month, openly called for a more moderate form of Islam.

Saudi Arabia went through a bout of terrorism more than a decade ago when militants thought the Al Saud had deviated from Islam by allowing the presence of U.S. troops on the Arabian Peninsula. Now, the prince is betting that support from a younger generation of Saudis hungry for government accountability and more social freedoms will offset potential threats from the enemies he is accumulating with each decision that strengthens his hands, according to Theodore Karasik, a senior adviser at Gulf State Analytics in Washington, D.C.

"The sweeping away of the old Saudi order that ran the kingdom is a bold step with many unknowns," he said.
Comments
Saudi crown princeMohammed bin Salman