Saudi Crown Prince Comes To Washington With A Reputation At Stake

With reports of brutality at home, delays to his plans to transform the economy and a deepening proxy conflict with Iran in neighboring Yemen, the prince's charm offensive to the American capitals of government, finance and entertainment has taken on more urgency. 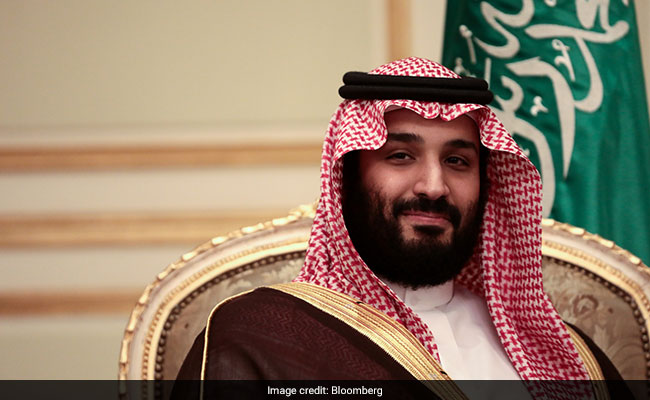 Saudi Arabia's crown prince, Mohammed bin Salman, arrives in Washington on a grand tour of the U.S. this week seeking to burnish his credentials as a decisive reformer to do business with.

With reports of brutality at home, delays to his plans to transform the economy and a deepening proxy conflict with Iran in neighboring Yemen, the prince's charm offensive to the American capitals of government, finance and entertainment has taken on more urgency.

The prince, 32, will meet Donald Trump on March 20, his first trip to the U.S. since taking over as de facto leader of the world's largest oil exporter. The aim is to strengthen their bond after he rolled out the red carpet for the U.S. president last May in Riyadh. On that visit, both sides played up their mutual interests in containing Iran, tackling Islamic extremists and enhancing business ties.

Since then, things have changed. Prince Mohammed locked up dozens of the Saudi business elite in November for about three months in a declared crackdown on corruption. The kingdom is also likely to delay the sale of a stake in oil giant Aramco until next year. Cuts to government subsidies are proving trickier and there's uncertainty about how the country's ultra-conservatives are reacting to social changes.

Prince Mohammed "will try to convince the U.S. business community that the anti-corruption campaign is not a threat to commercial operations in Saudi Arabia," said Hani Sabra, founder of New York-based Alef Advisory. "He will play up his social reform agenda to try to repair the image of Saudi Arabia in the U.S. He will advance the narrative that he's the steward that will take the country in a more liberal direction."

The White House said the visit will strengthen ties between the U.S. and Saudi Arabia. Prince Mohammed will also dine with National Security Adviser H.R. McMaster to discuss $35 billion in business deals, Iran's threat to their interests and the humanitarian crisis in Yemen, according to a National Security Council spokesperson.

There are also companies the Saudis are courting to help shift their economy away from oil. Planned meetings include the heads of Apple Inc. and Google as well as top movie executives on a tour with likely stops in New York, Boston, Los Angeles, San Francisco and Houston, according to person familiar with the itinerary. They spoke on condition of anonymity because the plans aren't final.

Saudi officials and those at Apple and Google parent Alphabet Inc., which is in talks with Aramco to jointly build a technology hub in the kingdom, declined to comment.

Prince Mohammed received a boost to his narrative last week when Goldman Sachs Group, an erstwhile adviser to companies and governments in the Middle East, said it would deploy its own money in Saudi Arabia for the first time.

The image of a place to do business, though, took a hit earlier this month.

The New York Times reported on March 11 that 17 of those detained at the Ritz as part of the purge were hospitalized for physical abuse and one later died. Others were stripped of their wealth without due process. The Saudi government has denied that any torture occurred during their detention.

The U.S. is just the latest stop for Prince Mohammed. But his handshakes with the Egyptian leadership and dinner with the British monarchy in recent weeks haven't obscured setbacks in his foreign policy.

The Saudi-led coalition is bogged down in a three-year old war in Yemen. The push last June to isolate Qatar has gone nowhere; indeed, the natural gas producer even managed to improve ties with the U.S., albeit under the outgoing Secretary of State Rex Tillerson.

Yemen loomed large on his trip this month to the U.K. In London, about 100 protesters carried signs near 10 Downing Street denouncing Saudi Arabia's military action. "Do Not Welcome Killers" was written next to a picture of Prince Mohammed.

His foreign policy "will raise questions among senior officials of the Trump administration and other governments about his ability to achieve his goals," said James M. Dorsey, a Middle East specialist at Singapore's Nanyang Technological University. "The New York Times report will also likely make foreign investors even more hesitant than they have been since the November purge."

The public relations machine is in full swing. Ahead of the prince's visit to the U.K., Saudi Arabia advertised around London with placards declaring "he is creating a new, vibrant Saudi Arabia."

He can also count on the support of liberal Saudis who like the social changes he is bringing about: the right for women to drive, movie theaters and more entertainment.

The enthusiasm for change was on display at a gallery in London, where Saudis in western attire and their European fans sipped fresh juices and surveyed work from some of the kingdom's leading artists.

"We are trying to give the viewer a picture more whole about Saudi Arabia," Raneem Zaki Farsi, the curator of the exhibition, said as musicians played classical Arabic music. "We created a narrative through the art works that gives the viewer more aspects about the kingdom. This is just the beginning."

There was also a financial dividend, one the Saudi government will be keen to advance further in the U.S. It signed about $2.1 billion in deals with Britain, including one between Aramco and Royal Dutch Shell Plc. The kingdom also signed a memorandum of intent with the British government to purchase fighter jets.

The key now for the crown prince is to cement his relationship with the Trump administration and bring that message home, said Paul Pillar, a former CIA officer who's know a professor at Georgetown University.

"Most Saudis realize that continued support from, and close relations with, the U.S. are in Saudi interests," he said. "A demonstrated adeptness in handling the relationship with Washington can cancel out some other policy setbacks, either foreign or domestic."

(This story has not been edited by NDTV staff and is auto-generated from a syndicated feed.)
Comments
Saudi crown princeMohammed bin Salman