A personal bodyguard of Saudi Arabia's King Salman has been shot dead and seven others wounded, including security forces, during an altercation at a friend's home. 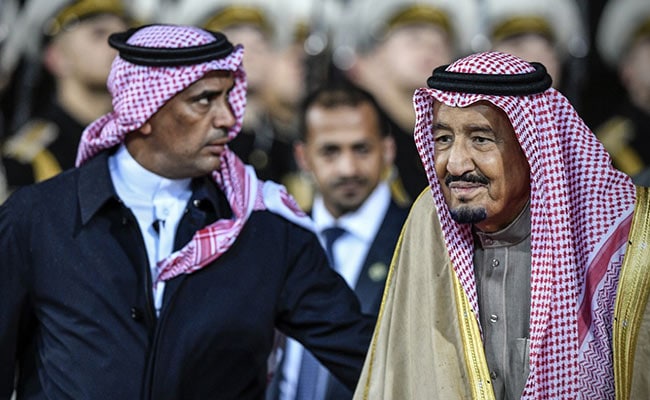 General Abdelaziz al-Fagham, who was frequently seen by King Salman's side, died in Jeddah.

A prominent bodyguard of Saudi Arabia's King Salman has been shot and killed at a friend's house in what has been described as a personal dispute, according to state media.

Major General Abdelaziz al-Fagham's death triggered an outpouring of emotion on Twitter, with some condemning the killing of the Saudi ruler's "guardian angel".

Fagham, who was frequently seen by the king's side, died Saturday evening in the western city of Jeddah, police in Mecca said in a statement carried by the official Saudi Press Agency (SPA).

A spokesman said that the gunman was shot dead by security forces, but that five officers were wounded in the melee that has shocked the kingdom, where gun violence is rare.

Police said the trouble broke out when Fagham was visiting a friend who was receiving guests at his home in Jeddah, the port city in western Saudi Arabia.

An acquaintance, Mamdouh al-Ali, entered the residence and an argument ensued.

"The conversation between Fagham and Ali escalated... Ali left the home, came back carrying a gun and fired at Fagham, injuring two others in the household, a Filipino worker and the brother of the house's owner," it said.

Ali "refused to surrender" and barricaded himself into the house, exchanging shots with security forces before he was ultimately killed, it said.

The incident was triggered by a "personal dispute", Al-Ekhbariya state television reported without giving further details.

It added that Fagham died in hospital from his injuries and that an investigation into the shooting had been launched.

The bodyguard, with his tall, slender bearing, was well known among Saudis and often pictured attending closely to the king.

He also guarded the late King Abdullah, taking after his father who served under the former ruler for three decades.

The Okaz newspaper said the public took a liking to Fagham from the days when he guarded King Abdullah.

"With this, he gained the leadership's trust and the love of the Saudis," the paper said.

"News of the killing has come as a thunderbolt for Saudis, who were deeply saddened by his death," it said.

Okaz described him as "the most famous of all the royal guards" and said he was known for his vigilance and tact.

It said that he accompanied the king on all his travels, inside and outside of the kingdom.

Fagham will be buried on Sunday evening near the Great Mosque in Mecca -- Islam's holiest site.